So I bought some Bitcoin...

But as the facts change, the open-minded reconsider their positions.

Yes, it's still true that it's just a bunch of BS made up by some guy, and that some other guy, or thousands of guys, can costlessly invent multiple other alternative currencies. (Not that Janet Yellen can't costlessly will hundreds of billions of new dollars into existence.)

Bitcoin is gaining wide enough acceptance as a currency that it merits a second look. Overstock and other merchants now accept it as payment for all kinds of goods and services.

This past weekend, I spoke with fellow SLOB Charles Fettinger of Doo Doo Economics, who is also a Bitcoin expert. Fettinger gave me the basics of how to get started.

I went to coinbase.com and set up an account. I had to link a bank account, which took a couple of days to verify by micro-transaction. The security seemed pretty serious, including personal identification through credit records and phone verification through an authentication app. Coinbase seems to be a very legit Silicon Valley startup with serious venture capital behind it. Fettinger recommends starting with very small transactions and using the Instant Buy feature so that you don't have a trade fail due to a price move while your large payment is being verified. To protect themselves, Coinbase allows only $100 worth of Instant Buys per week for new traders.

Bitcoin prices have been down a lot recently due to the collapse of Mt. Gox, the largest Bitcoin exchange. That event has shaken the faith in the security of crypto-currencies, but seems to be an exchange-specific issue and not necessarily damning of Bitcoin. So I was able to pick up a little Bitcoin just over $500, down from recent highs around $1200.

It still could all disappear in the blink of an eye, but then again, it could also be a lasting, appreciating currency. Worth a very small bet, at least as an educational experience.

This Congressional Research Service backgrounder is a good resource to understand the basics -- and it's funny how much time they spend on Bitcoin as a threat to the Dirty Fed's ability to centrally plan the economy by controlling the money supply.
By W.C. Varones - February 25, 2014 1 comment:


BOLLIKUNTA, India — Latha Reddy Musukula was making tea on a recent morning when she spotted the moneylenders walking down the dirt path toward her house.

They came in a phalanx of 15 men, by her estimate. She knew their faces, because they had walked down the path before.

After each visit, her husband, a farmer named Veera Reddy, sank deeper into silence, frozen by some terror he would not explain.

Three times he cut his wrists. He tied a noose to a tree, relenting when the family surrounded him, weeping. In the end, he waited until Musukula stepped out, and then he hanged himself from a pipe supporting their roof, leaving a careful list of each debt he owed to each moneylender. She learned the full sum then: 400,000 rupees, or $6,430.


A debt-ridden factory owner jumped to his death from 6th floor of an apartment building in Tong’an District on Friday after failed suicide attempt with gas, reports Xiamen Daily.

The police received a report of a gas explosion in an apartment building at around 9 o’clock in the morning. After arriving at the scene, they found the glass frame of an apartment on the 6th floor was severely deformed in the explosion, and glass fragments scattered on the floor.

The police also found a dying man lying in a pool of blood on the terrace on the second floor. He was immediately sent to a nearby hospital, but later died in the hospital.

The police said the 38-year-old man surnamed Liu was from Wuping County in southwestern Fujian and was the owner of the apartment on the 6th floor where the gas explosion happened.

His relative said Liu, who ran a factory in Tong’an District, could commit suicide himself as they revealed he was heavily in debt and could not repay the debt.

As Venezuela shows us where the path of leftist demagogues leads, we're getting a good look at the effects of Obamunism here at home too.

US plunges to 46th in world in press freedom. That was before the Obama regime's plan to embed government bureaucrats in press newsrooms.

Meanwhile, we've dropped to 12th in economic freedom. Remember when we were called the "land of the free?"

A look at three recent news items in the San Diego mayor's race:

David Alvarez is an earnest young man, and a fresh face.   Kevin Faulconer is a boring old moderate Republican.  But like almost every modern elected Democrat, Alvarez was beholden to the government workers' union political machine.  Was Obama's endorsement what cemented that fact in voters minds?  Or is it the cumulative effect of Obamacare, rewriting laws by executive order, NSA wiretapping, and drone strikes on children?

Janet Yellen is the voice of Shelly Marsh on South Park. 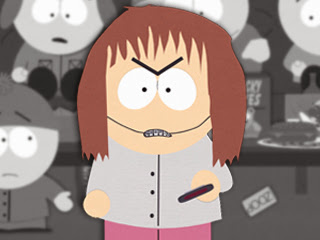 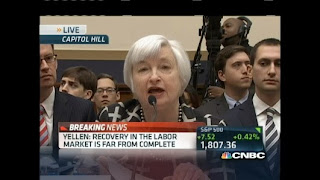 The plague of Alan Greenspan's debt-based consumption has spread to all corners of the earth:


A 32-year-old labor contractor in Fuzhou, Fujian province attempted suicide after he racked up 110,000 yuan in credit card debts to 'make himself look rich' in front of his family members over the Spring Festival, Strait Metropolis Daily reported this weekend.

The man, surnamed Yang, decided to take advances from his four credit cards so that he would look good in front of his family and friends when he saw them over the Lunar New Year holiday, according to ECNS.com.

Yang spent most of the money on gambling with his friends and spent the rest on gifts for his family members. He said he didn't realize how much he was spending until after the holiday when he received a message from the bank.

The man, unable to borrow more money, knew he couldn't afford to pay the debt and felt so helpless that he chose to commit suicide.

On Friday morning, he jumped into a river in Fuzhou, but was saved by an older man who was swimming in the river.


According to the Substance Abuse and Mental Health Services Administration, fentanyl is "roughly 50-80 times more potent than morphine," so it's the sort of ingredient you'd want to know about before snorting or injecting that white powder you just bought. This kind of thing—passing one drug off as another, delivering something much more (or less) potent than the customer expects—almost never happens in a legal market. When was the last time you bought a bottle of 80-proof whiskey that turned out to be 160 proof? The main reason liquor buyers do not have to worry about such a switcheroo is not that distillers are regulated, or even that their customers, unlike consumers in a black market, have legal recourse in case of fraud. The main reason is that legitimate businesses need to worry about their reputations if they want to keep customers coming back. It is hard to build and maintain a reputation in a black market, where brands do not mean much.