About 2.5 years ago I decided to leave civilization and commune with the Txapanawa tribe in the extraordinarily poor and isolated Brazilian state of Acre.  If you ask a Brazilian about Acre you get the same response as a New Yorker being asked about Newark.  It's there, we don't like it, but, well, it's there, or they ask, WHERE? Never heard of it.

I decided in January to leave the jungle and return to civilization to see what became of the Obama second term revolution.  My first question is WHO IS PRESIDENT NOW?!?!?  To which I replied THAT GUY?!?!?  Wasn't he doing television shows when I left?  Didn't he build casinos that failed?  Donald Trump is somehow our President?  What happened to the Bush - Clinton residency in our Executive Branch that appeared to be manifest destiny when I left?  (I count Hill's Secretary of State stint in that legacy)  How could it be possible that that guy, of all people, is now the President of the United States?!?!  It's almost like the UK leaving the EU.....WHAT?!?!?!  My goodness, I was out of it.  Things I couldn't imagine possible have come true.

So in my almost 2 month recuperation and repatriation into American society I have seen things that are stunning in their hypocrisy and contradiction.  Chicago refusing to deport illegal immigrants?!?!  My home city embracing illegal immigrants???  Um, dear leader, King Rahm, how have the LEGAL immigrants reacted to this edict?  I know many, many legal immigrants in the Windy City and I can't imagine they are all too pleased.  Also I can't imagine the unions are thrilled with the threat of legalized illegal immigrants moving in on their turf.  Folks who can work without even paying taxes, or union fees, now protected by the City?  What????  It's almost like the ideals of the Democratic party have been turned on their head because of a sometimes bankrupt casino builder???  (I apologize for my overuse of punctuation but imagine being out of touch for 2 and half years and coming back to this, seriously)

Okay, I'm trying to come to grips with things, and drinking heavily in the process, and I came across this hilarious video that I imagine causes Dem's brain circuit breakers to pop quickly if not cause complete epileptic seizures:

Trump says basically the same things as BJ Bill and Obama, and millions of people have completely different reactions?  Have people lost their ability to think? The Chicago public school system now supports illegal immigrants? Did they do the same when Obama and Slick Willy stated the SAME THING?  I must have forgotten that.

Anyway, glad to be back, sort of, and happy to see that things went a direction that I couldn't possibly have imagined.

CNBC memory-holes video of guest being an idiot

This morning CNBC had Club for Growth President and former Congressman David McIntosh on to discuss Trump policies.

He was against the border adjustment tax because it's a tax on consumers, but then he said that a strong dollar was also bad for consumers because it made things more expensive at the store!

Sadly, CNBC chopped the video off before the point where the guy beclowned himself.

Once in a while you get shown the light...

MSNBC Anchor: "Our Job" Is To "Control Exactly What People Think"

Brzezinski is the daughter of global elitist Zbigniew Brzezinski, founder of the Trilateral Commission, which Noam Chomsky said was:


concerned with trying to induce what they called ‘more moderation in democracy’ – turn people back to passivity and obedience so they don’t put so many constraints on state power and so on. In particular they were worried about young people. They were concerned about the institutions responsible for the indoctrination of the young (that’s their phrase), meaning schools, universities, church and so on – they’re not doing their job, [the young are] not being sufficiently indoctrinated. They’re too free to pursue their own initiatives and concerns and you’ve got to control them better.

The apple doesn't fall far from the tree, huh? 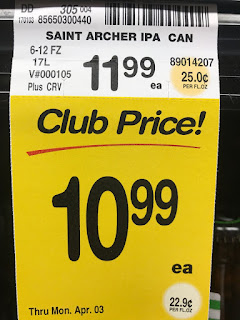 So much for the War on Drugs!