That's our mantra when it comes to politicians choosing to fix long-term problems or kick the can down the road.  We've seen it for years in the federal budget.  It's a lot easier to pass a continuing resolution than work toward long-run fiscal sustainability.

And now "Always Bet on Can-kicking" pays off big in Greece. Both sides had postured and pretended they were willing to walk away, which would have meant serious near-term chaos and pain but at least a final end to Greece's suffocating Euro debt. But no, they kicked:


Greece and eurozone nations have agreed a deal to extend financial aid after bailout talks in Brussels.

Dutch finance minister Jeroen Dijsselbloem, head of the Eurogroup, said that Athens had pledged to honour all its debts.

"This is a very positive outcome," he told a news conference on Friday night.

"I think tonight was a first step in this process of rebuilding trust. As you know trust leaves quicker than it comes. Tonight was a very important, I think, step in that process," Mr Dijsselbloem said.

Greece had agreed to present an initial list of reform measures by Monday, he added.

Athens welcomed the deal, which a Greek government official said gave it time to negotiate a "new deal".

We'll see what happens after the four months. At this point, the forecast is for can-kicking.

Meanwhile, back in the U.S., we have a huge can-kicking coming next year when the Social Security Disability trust fund runs dry due to epic levels of disability fraud and malingering. By law, disability payments are to be cut 19% when the money is gone, so that outgoing payments match income disability taxes. Of course, cutting payments to cripples makes for some pretty bad press. So Obama has already tried to plunder the Social Security retirement trust fund to paper over the disability problem and kick the can into the next decade... which would make things even worse for the already insolvent retirement fund. But that's a problem for future politicians. Republicans claim to want to work to fix the whole Social Security problem, but that's going to require tax increases or benefits, soooooooo.... Always Bet on Can-kicking.

Hey, if I can't make this blog entertaining for you, at least I can make it profitable for you.

Check out this deal: free $400 from Capital One.

You just open an online account and then make two direct deposits of at least $250 each.

UPDATE: I got my $400, but the deal has now expired.  Best remaining bank bonuses here. 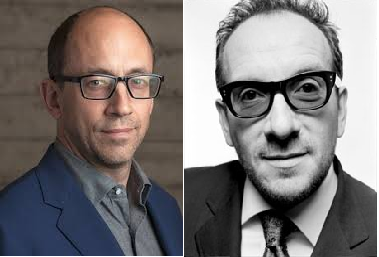 
The harsh austerity measures imposed on Greece by its EU creditors led to the major spike in suicides in the country during the peak of its crisis in 2011 and 2012, a survey by the UK’s leading medical magazine said.

“The introduction of austerity measures [in Greece] in June 2011 marked the start of a significant, sharp, and sustained increase in suicides, to reach a peak in 2012,” the report by BMJ Open said.

The number of total suicides rose by over 35 per cent in June 2011 when the austerity measures were introduced, leading to violent protests and strikes, the research said. The number of people taking their lives was rising until the end of the year and continued into 2012, it added.

On average, an extra 11.2 suicides occurred every month in Greece, which is described in the paper as a country which historically had “one of the lowest suicide rates in the world.”

“The maximum number of monthly reported suicides that occurred over the 30-year study period was 64 in July 2012, followed by 62 in May 2012,” the report said.

There was another spike in April 2012, after a retired pharmacist, Dimitris Christoulas, shot himself outside the Greek Parliament. The intense media coverage of an act undertaken by a desperate man, who blamed governmental austerity policies for the decision to take own life, might have provoked the so-called ‘suicide contagion’, the survey said.

The study revealed that men, who remain Greece’s top earners, were more heavily affected by austerity than women; suicide rates among males began rising in 2008 when the recession began. It increased by over 13 per cent in 2010 and rose by an extra 18.5 per cent (5.2 suicides) every month, starting from June 2011.