I talk a lot about inflation.

But today was the first time in my life I actually used a dollar bill as toilet paper.

Stocks for the long-run inflation!

I get this a lot. People say, “We are experiencing inflation, so stocks should go down! Because that’s what happened in the 1970s.”

This isn’t the 1970s. This is a different sort of inflation.

What we are experiencing now is a monetary inflation, compounded by big government interventions in the labor market. This is not stagflation.

In fact, the period of stagflation that we experienced in the 1970s was an anomaly, as far as great inflations go, and isn’t likely to be repeated.

If you’ve been shorting stocks in advance of CPI numbers, and you’re not broke already, you will be soon. Inflation benefits stocks. Stocks are inflation pass-thru vehicles, though most people realize that by now.

In fact, stocks have been a better inflation hedge (so far) than gold, which has seen a lot of outflows to cryptocurrencies. This is why I’ve been increasing my allocation to equities and real estate and decreasing it elsewhere.

This is something I've felt intuitively, but haven't really had a good answer when people have said stocks historically aren't good inflation hedges. It's all about the 70's being the only inflation in recent memory!
As for the other period I've been comparing the current fiscal situation to, the years after WWII, it's true that during the worst inflation year, 1946, stocks were down. But over the full inflation cycle, from 1946 through 1951, stocks did quite well. The S&P returned a nominal 13% annually including dividends, well outpacing inflation.

I like Dillian's description of stocks as "inflation pass-thru vehicles." This is what I was getting at back in 2008:

I can't tell you anything about the technology, but here's an investor's simplistic view.
- Everybody should own a little crypto, maybe 1% - 3% of your financial assets.
- Bitcoin and Ethereum are the only two legit cryptos at the moment. That could easily change in the future, but for now I'm not messing with the others.

- PayPal is the easiest way for newbies to get started buying crypto, followed by Coinbase. For exposure in IRAs and other brokerage accounts, GBTC and ETHE will work.
- When an asset is this volatile, you should be thinking dollar-cost averaging. I'm making small weekly automatic purchases in Coinbase.

- I really like the idea behind the Simplify US Equity Plus GBTC ETF (ticker: SPBC). It's the S&P plus 10% bitcoin ETF, and it rebalances quarterly, meaning you're taking advantage of the volatility and buying low, selling high.
By W.C. Varones - June 28, 2021 No comments:

Democrats are talking about repealing the SALT limits. What nobody's talking about is that SALT is largely irrelevant to the middle class. A SALT repeal only helps the rich. And it's a lot of money.
The middle class being largely untouched by SALT limits is due to two main factors. First, the large increase in the standard deduction. You need a lot of deductions to get over the $24,000 standard deduction. Yes, you can get there pretty easily with a huge mortgage and high state taxes. But then there's the AMT. The Alternative Minimum Tax already didn't allow SALT deductions, and upper-middle-income people in high-tax states were the people most affected by AMT. If you were previously paying AMT, the Trump SALT limits are irrelevant to you. Tax reform effectively eliminated AMT for almost everyone.

Here are some hypothetical examples of how SALT limits and tax reform affected people in a high-tax, high-property-value, blue state city.

Will the Democrats really repeal SALT limits for the rich, just to let the middle class fall back into AMT?
By W.C. Varones - January 11, 2021 1 comment:

Without government, who would hire the incompetent people?

It's anyone's guess where the incompetence lies: the people establishing the vaccination phases or the people posting them on the web site. 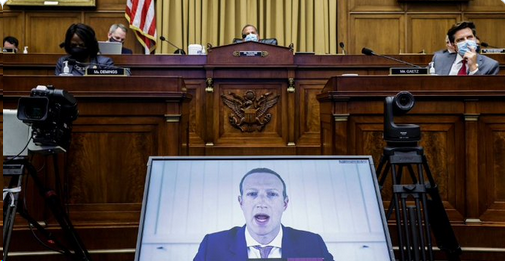