There are very few financial problems that can't be solved by a suitable application of asset bubbles.
By W.C. Varones - December 26, 2019 No comments:

1) We're going to need to decouple from the evil Chinese regime. This started as a crazy Trump position but is now bipartisan consensus. This will be painful for multinational corporations.

2) Trade war with Europe is just starting up over the French digital tax. Buckle your seat belts.

3) Central banks are going to have to print like mofos to keep asset prices up. And they will. Add in some fiscal diarrhea even in formerly austere places like Germany.

I'm a huge Ric Edelman fan. I'm a regular listener of his radio show and believe he's made a huge positive contribution to the financial literacy of America.

But he sometimes makes some really bone-headed mistakes. The past couple weeks have had some big ones on his radio program.

Last weekend's (10/19/19, minute 48) radio show had a caller ask about Roth vs. 401(k)s. The caller correctly made the observation that post-tax (Roth) contributions effectively allowed you to contribute more money, but Edelman rejected the argument:

Obviously this assumes constant tax rates now and in retirement, which, though unrealistic and unpredictable, we'll stipulate for simplicity.

Now Edelman might object: "OK, but you saved $3800 up front with the traditional 401(k) and you're not accounting for that." Correct. But if you invest that money in a taxable account that earns similar returns and triples by retirement, you'll pay dividend income tax and capital gains tax along the way, and you'll owe capital gains on the whole thing when you cash out. It's still not as good as the Roth!

I don't think Edelman has ever thought through the numbers in this way. His answer holds true only if you're contributing less than the maximum. If you're trying to max out your retirement funds, Roth is the unquestionable mathematical winner.

Note: though the above math clearly argues for Roth being superior under current law, we have absolutely no idea what future Congresses or roving hordes of woke Millenials will do. A move toward VAT or other consumption taxes would reduce the relative attractiveness of Roths. In an unknowable future, the best idea is tax diversification: put some in Roth, some in traditional, some in taxable brokerage accounts, some in gold and lead.

The caller was absolutely correct, but Edelman either didn't understand the question or just blew it off and said that, no, dollar-cost-averaging withdrawals is just fine.

Edelman was wrong mathematically, of course, but perhaps would argue that the simplicity of getting a regular monthly check outweighs the small financial losses you're taking by selling at worse average prices.

I still like Rick Edelman, but he says flatly wrong things with a little too much confidence
By W.C. Varones - October 26, 2019 3 comments:

The unthinkable is now the default path forward


There was an open “debate” about MMT or Modern Monetary Theory. Brilliant young man economist Sam Rines took the difficult position of being pro-MMT for the sake of debate. He thinks it would be a disaster but is truly afraid we will actually pursue such a policy. There was the usual pushback, which I’ve written about more than once, but I have to admit that I was struck by the private conversations after the debate. Many smart, well-informed thinkers were almost resigned to seeing MMT actually attempted in the next decade. 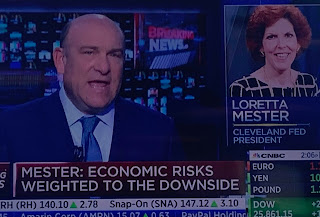 Democracy is not for me

This is why democracy doesn't work. Neither the elected representatives nor the voters have any idea what they're talking about. People just vote for sound bites that make them feel good. 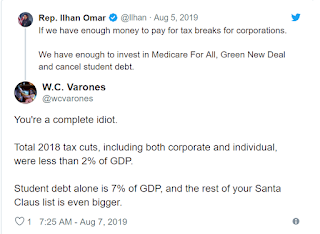 Is Treasury Secretary Steven Mnuchin abusing his position to dominate the Ramen industry? 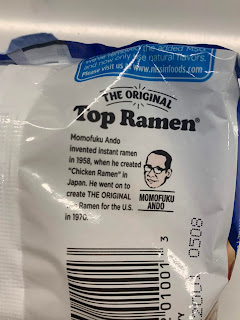 
A Shelby County husband and father has been found guilty in the slaying of his longtime friend who was shot multiple times in the stairwell of her Highland Lakes home in 2016 and found dead by her young son.

After only one hour of deliberation Tuesday, the jury convicted 39-year-old Adam Michael Burrus in the murder of Connie Woolweaver, a beloved mother of two. Investigators found nine shell casings and eight bullet fragments near her body and said one of the shots entered through the back of her head and exited through her eye.

Woolweaver, according to testimony, had loaned Burrus a total of $176,000 and was calling in those loans. A week before her death, Woolweaver text messaged a friend, saying she was not going to talk with Burrus until he repaid her. Burrus had repaid her about $47,000, of which $43,000 was borrowed from a bank.

Shelby County authorities earlier this year indicted Burrus on mortgage fraud. It is not clear if that indictment is related to the $43,000 loan.

Burrus, prosecutors said, was feeling the pressure and saw killing Woolweaver as a means of escaping his money problems. “If you take care of Connie Woolweaver, you take care of the debt,’’ said Shelby County Assistant District Attorney Daniel McBrayer.

Creepy Joe Biden was behind the Title IX rules that eliminated due process and taught snowflake Millenials that a friendly touch was sexual assault. 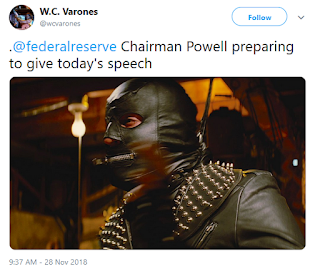 The science is settled

On incentives in science:


“It is just not true that the scientists try to minimize the effects of radiation,” Thomas added. “ It would actually be against their own best interests to do this. They are mostly academics and are required to produce large amounts of money and papers for their Institutes. You would be expecting them to argue for larger effects of radiation as the more serious the health consequences the more the money flows.”

In 2014, economics professor and Obama fanboy Menzie Chinn suggested that Obama's 3.1% GDP growth forecast was reasonable because the US had grown at that rate in the late 20th century. He gave absolutely no consideration to the enormous contribution of credit growth to 20th century GDP, and the unlikelihood (impossibility) of that explosion in credit to be repeated now.

Proving that both sides can have equally stupid partisan shills, here's Trump fanboy Stephen Moore in the WSJ:


Skeptics in and out of the Fed still think sustained 3% to 4% growth is out of reach. Nonsense. The combination of stable prices and sharp tax cuts in the 1980s produced an average of 4% growth for seven years. Imagine if we had a similar stretch of sustained growth, with low inflation and rising wages.

Just as Menzie did, Moore completely ignores the vastly different debt and demographic conditions between 1980 and now.

We're not going to get sustained 3% to 4% real GDP growth.