Biotechs were off to a flat start this morning, until this. 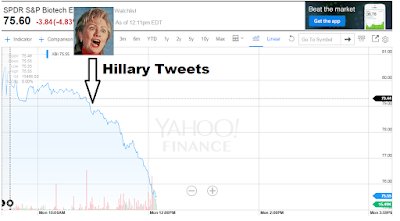 Here's the tweet (not sure about the time stamp which shows 7:26 p.m. tonight which hasn't happened yet unless maybe that's the Benghazi time zone): 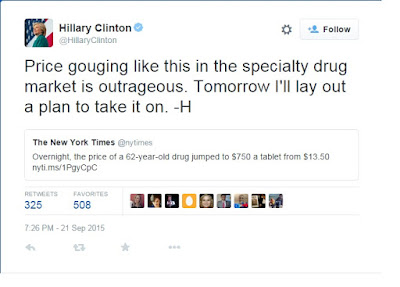 The Economist used to be a sensible, free-market-oriented news magazine, but has in recent years fallen in love with all manner of central planning, including twice endorsing leftist Barack Obama for President.  This week's call for still more centrally-planned zero interest rates is no exception:


On its own, therefore, the balance of probabilities argues against a rise. But the clinching argument against the hawks is that they ignore a fundamental asymmetry of risks. If the Fed waits too long to tighten, then inflation will rise above 2%. Were that to happen, the Fed has unlimited capacity to raise rates and could do so safe in the knowledge that it had pushed the American economy to its speed limit. If rates then had to rise steeply, the central bank would at least have more room to respond to future troubles by cutting again.

Raising rates too soon would be much costlier. A slowdown in growth could turn low inflation into deflation. To perk the economy back up, the Fed would have little option but to restart quantitative easing. That sort of backtracking is precisely the fate that has befallen other central banks which moved to tighten too swiftly (see article). Years of rock-bottom interest rates in Japan might have been avoided had the Bank of Japan been a little more patient in 2000, when it lifted rates in response to quickening growth (and higher stockmarkets) despite falling prices.

Low interest rates have risks. But premature rate increases can make them a near-permanent feature of economic life. For months Fed statements have declared that inflation will soon return to 2%. There is little harm in waiting to be sure.

This fear of "asymmetric risks" is what has created the reality of asymmetric policy: years of global ZIRP, flirting with NIRP, and trillions of dollars created out of thin air. If non-zero interest rates do eventually create a crisis, it won't be the fault of the increase, but of the central planners who distorted the economy and created massive imbalances by forcing rates to zero for so long.

And here's Wall Street mag Barron's pleading for more of the same.
By W.C. Varones - September 13, 2015 No comments: 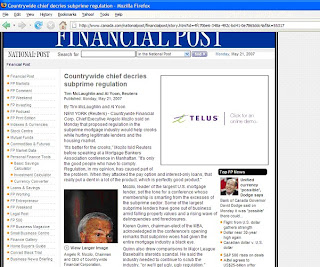 Bill Gross: the Fed is destroying the economy


The Fed is beginning to recognize that 6 years of zero bound interest rates have negative influences on the real economy – it destroys historical business models essential to capitalism such as pension funds, insurance companies, and the willingness to save money itself. If savings wither then so too does its Siamese Twin – investment – and with it, long term productivity – the decline of which we have seen not just in the U.S. but worldwide.

This was a photoshop I made back when Obama was bombing Libya into a humanitarian crisis and playground for terrorists. Or perhaps when he was trying to persuade Congress and our allies to bomb Syria to help the "rebels" (now better known as "ISIS").

I couldn't find it for the longest time, but it just popped up on my Facebook memories feed. 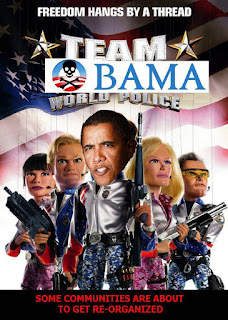 Two years later, Libyan refugees are still dying by the hundreds in the aftermath of Hurricane Obama.
By W.C. Varones - September 01, 2015 No comments: 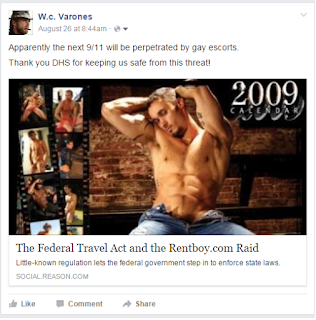