... is a good read. It acknowledges the great credit Ponzi, that our economy is entirely dependent on issuing new debt to pay interest on old debt.  It's something that everyone who understands macroeconomics knows, but it's rarely spoken in polite company.

Read it here.  And in case PIMCO takes it down after Gross's jumping ship just before being made to walk the plank, here's the Google cache.
By W.C. Varones - September 26, 2014 No comments: 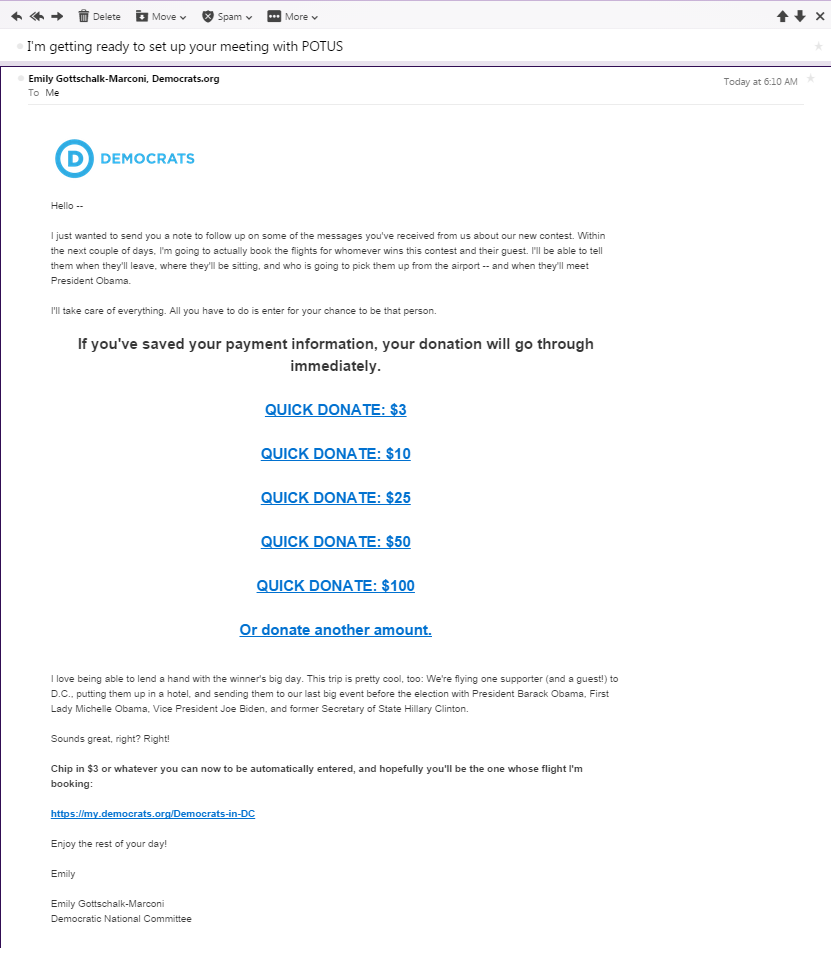 I just wanted to send you a note to follow up on some of the messages you've received from us about our new contest. Within the next couple of days, I'm going to actually book the flights for whomever wins this contest and their guest. I'll be able to tell them when they'll leave, where they'll be sitting, and who is going to pick them up from the airport -- and when they'll meet President Obama.

I'll take care of everything. All you have to do is enter for your chance to be that person.

If you've saved your payment information, your donation will go through immediately.

Or donate another amount.


I love being able to lend a hand with the winner's big day. This trip is pretty cool, too: We're flying one supporter (and a guest!) to D.C., putting them up in a hotel, and sending them to our last big event before the election with President Barack Obama, First Lady Michelle Obama, Vice President Joe Biden, and former Secretary of State Hillary Clinton.

Chip in $3 or whatever you can now to be automatically entered, and hopefully you'll be the one whose flight I'm booking:

Enjoy the rest of your day!

News from the last community that Obama reorganized:


U.S. officials fear Islamic militants have stolen nearly a dozen commercial planes in Libya which could be used to carry out 9/11-style terrorist attacks in the region.

In the past two weeks, the U.S. government has been issuing warnings about the deteriorating state in Libya, drawing attention to the fact that the planes could be used in attacks to mark the anniversary of 9/11 later this month, sources who read the briefs told the Washington Free-Beacon.

Thanks, Obama, for bombing Libya into anarchy and turning it into a playground for terrorists!

Because they eat out all the time