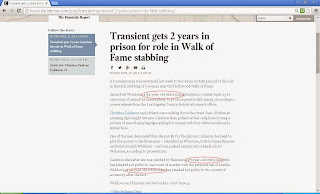 Check out the giant racist chip on the shoulder of Nicole Santa Cruz. And where the heck are her editors?
By W.C. Varones - April 29, 2014 1 comment: 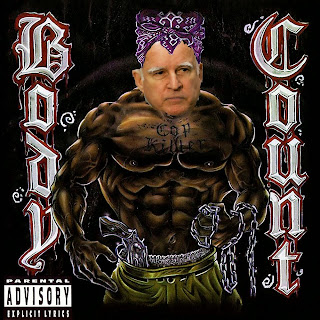 In possibly related news, another serial killer may have appeared in the Mt. Tamalpais area of Marin County north of San Francisco.
By W.C. Varones - April 18, 2014 3 comments:

Back in January, we asked, "Are the Koch brothers the left's new Emmanuel Goldstein?"

Magic 8-Ball says, "It is decidedly so." 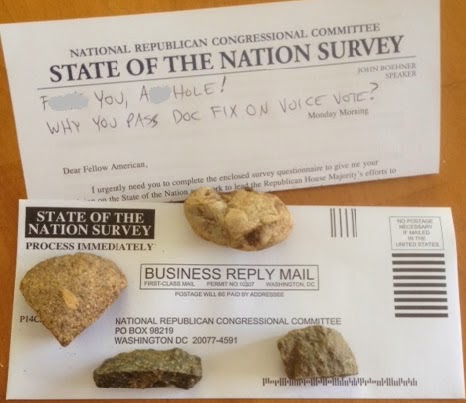 The reality is not so simple.  A couple of good rebuttals are here and here, and I'd like to add the following response from friend of the blog JF:


I think this line nailed it in a lot of ways…. “High-frequency traders tend to do it best because their computers are much cheaper than expensive Wall Street traders, and competition forces them to pass most of the savings on to us investors. That also explains why many old-school Wall Street traders hate them.”

Wall Street guys had a very hard time accepting the reality that electronic trading, whose adaptation was delayed several years thanks to the power of Wall Street and men like Dick Grasso, was here to stay and a game changer. Traders continued to try to trade the same way they had for years. They would enter orders to buy 10,000 shares of XYZ on Dot when only 2500 shares were offered, and they would spook the markets which would in turn work against them. They would get frustrated by their inability to trade the way they always had. So HFT became their scapegoat on how and why they had become so crappy at executing orders for clients. It used to make me laugh. So in 2008, I stopped using [well-known Wall Street firm's] trading desk. I had all the tools to execute orders myself, and the high paid talent that was there to execute would butcher my clients orders because they refused to update their approach. I started going more passive, using 5-10% of volume strategies, dark pools, etc… I had to train a lot of my clients to not judge an execution by the old metrics they had. If a client told me to be super active with an order, I would try to talk them out of it. I said if you do that, it will cost you. I covered one account that refused to update how they liked to execute. The portfolio managers knew best, no less than 30% of the volume. Man stocks would go up 5% and they would buy nothing. Was it HFT that caused the stocks to go higher, maybe. Was it the firm's unwillingness to accept the fact that the market structure had changed and their approach should change as well, absolutely. Once I had figured it out, I had no problems trading for my clients. What the HFT guys did was meaningless to me if I did things right. And if I didn’t, shame on me it was my fault…

I read the NYT article on Sunday about this guy from IEX. I love what he is doing. If the story is true the way it is told, he put his clients first. That doesn’t happen on Wall Street. That said he used to be a liquidity provider for RBC. He would print a client on 1mm XYZ to get an order to sell 2mm. Well as soon as that 1mm would trade, he would already be in a losing position. He was trying to do business the old way, the way he got paid $1.5mm a year. And when that old way didn’t work anymore, he wanted to know why. For wanting to know why, I applaud him. Who knows what is true or not, but someone putting a client first at a Wall Street big bank is commendable for sure….