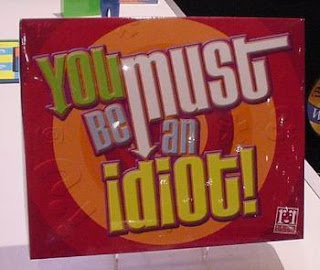 Alright, sorry to derail the titillating conversation here on WC Varones for a moment but instead of talking about Greenspan's victims and politics and whatever else it is we chat up, let's talk about cats.

Actually, first, let's talk about stupid lawyers who require the nanny state to regulate and label and identify every single danger to themselves and their pets because they are too stupid to take five minutes and check Google for "plants dangerous for cats" knowing they have a damn cat in the house. Here's a protip: Home Depot has an excellent garden section AND free WiFi, do what I do and log on from your smartphone at the store just to triple check you can take that nice little houseplant home to your army of feline companions.

Anyway, here is the story via the Pussington Post:

A lawyer purchased lilies for his wife. Within 24 hours their cat, Boogaloo, became dangerously ill  after chewing the leaves. The cat was rushed to an animal hospital where despite the best efforts of the vets, which included kidney dialysis and $1,542.47 of treatment, he died. The lawyer, Gee Bredahl, is now suing the florist on the grounds that a warning should have been put on the lilies.  There was a warning of the danger of consumption for human beings, but nothing specific for cats. According to the The Oregonian:


Gee argues that the responsibility lies entirely on the retailer and wholesaler to disclose the risk — not on cat owners to know it themselves.
“When you have a consequence as high as that, it’s up to the retailer or a manufacturer — who are making money off this product — to warn of these potential high consequences of buying the product,” he said.
His animal-law attorney, Dane Johnson, cited floral industry papers alerting retailers to the risk lilies pose to cats.

Gee, are you stupid or just a lazy piece of shit? A responsible cat owner knows there are HUNDREDS of potential toxins to a cat in our homes, from Lysol to onions to garlic to plastic bags (trust me on that last one, one of my idiot cats likes to chew on them and I swear one of these days he's going to end up in the hospital because he's a dipshit who likes to gnaw on plastic).

Guys like this are the reason highways in DC have to have big signs that say "NEW TRAFFIC PATTERN AHEAD" any time the DOT puts a few cones in the road because zombie morons that aren't paying attention might run off the road if you don't warn them 3 miles in advance that there are cones ahead. What next? Should we each have a special government worker assigned to us to make sure we have our shoes tied at all times and to make sure we're washing our hands with the proper antibacterial soap because God forbid if we don't and get an infection we could sue the CDC for not warning us picking our nose and eating it is dangerous? I mean really!

I suppose I need someone to put a government-mandated sticker on my windows that says "if you jump out of this, you might die" and HEY while we're at it, if I am speeding at 100 MPH in my Mazda down the freeway, maybe if I get in a horrible accident I can sue Mazda because they allowed my car to be built to go that fast in the first place.

It is terrible what happened to this jerk's cat but the only person responsible is HIM. He purchased them, he allowed his cat to eat them and he is the idiot who didn't know lilies will kill a cat. But it's so much easier to sue a bunch of people and blame them because you're a lazy moron, right?

I sincerely hope this ambulance-chasing loser is banned from ever owning a cat again since he clearly can't manage to do so on his own without a little help from a bunch of unnecessary regulations.

Labels: are you insane or just stupid?, idiot, lawyers

Cheap bastard should have bought her roses.