Feelin' the Bern in Vista! 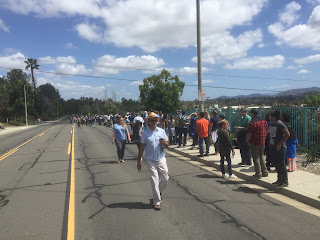 Arriving at 11am, 2 hours before showtime, the line stretched for more than a half mile all the way down Longhorn Drive and around the corner onto Shadowridge. 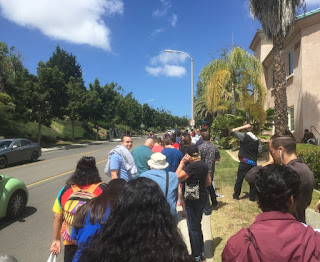 In addition to Secret Service and local sheriff deputies, security was handled by TSA pervs. But they didn't touch my junk. 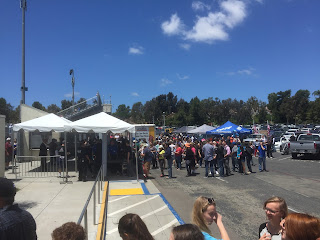 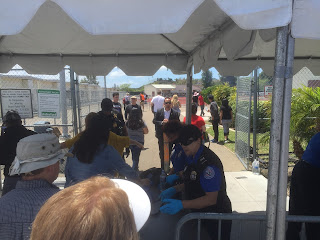 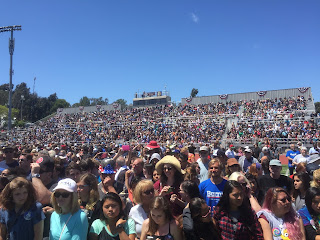 The crowd was pretty big, filling most of the football field and the home side bleachers.  It was mostly young, with a few older hippies mixed in. 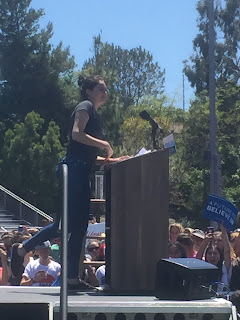 This girl is an actress named Shailene Woodley.  She's not known for her brains.  She told us that the establishment doesn't want us to conform, and "conformity takes individual thinking." 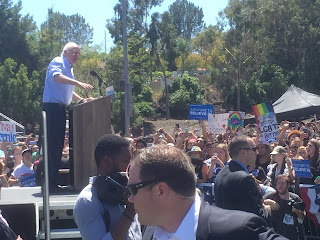 Bernie was a dynamic speaker, even to a guy like me, who wasn't buying everything Bernie was selling.

The bad: $15 national minimum wage, solving every problem with a new federal program and more federal involvement in every aspect of economic life.  The math behind replacing Obamacare with "Medicare for all."  Threatening to rule by Obama-style executive order (specifically on amnesty).

The ugly: Bernie repeatedly mentioned the student debt problem, but didn't get that the problem is a federally-financed tuition bubble and bloated school administrations with outrageous pay, perks and pensions.  Or maybe he does get it but that's his base.  Anyway, he didn't want to fix the tuition bubble but instead wanted to give everyone free tuition paid for by a tax on Wall Street. I don't think a financial transaction tax would generate anywhere near the revenue he thinks it would, but math seems to be a secondary concern.

After more than an hour speaking, Bernie received wild cheers and shook hands like a rock star as he left the stage. 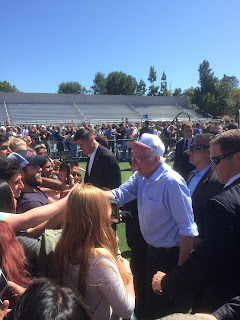 Bernie certainly has the enthusiasm on his side.  Hillary voters are in "hold your nose" mode at best.  But the numbers look tough for Bernie in California unless the polls are completely underestimating his ability to bring out new voters.
By W.C. Varones - May 23, 2016