No, not that Adam Smith. This Adam Smith, the CFO who berated a Chick-fil-A drive-through employee because he hated the Chick-fil-A owners' religious beliefs. He was quickly fired by his mortified employer and is reportedly still having difficulty finding work.

So let us coin a term. The Adam Smith Effect is when someone grows up sheltered in such a cocoon of like-minded, leftist hatred of differing viewpoints that he has absolutely no idea that there could be consequences for his obnoxious actions. All of my friends hate Chick-fil-A, so of course no one could have a problem with me berating a young employee!

Which brings us to Richmond CBS affiliate employee Alix Bryan. She not only joined in the internet hatefest against Memories Pizza, whose owners had the misfortune of honestly responding to a reporter's baiting question about their views on gay marriage, but she went so far as to file a false fraud report on the GoFundMe fund set up to help the family after the closure of their business due to death threats. Everyone I know is joining in to punish the bigots! Who could object?

Well, now Alix is in hot water with her TV news employer, because having employees famous for not just being rabid ideologues and bullies but also dishonest is of course not good for the station's credibility.

Thanks for another excellent illustration of the Adam Smith Effect, Alix! 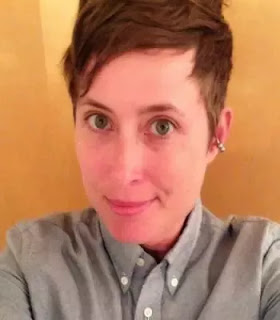 I keep my friends for balance, mine and theirs.

It does feel like my world of like-minded friends is shrinking, but that doesn't bother as much as that I wonder in a moment's notice that people I get a long with very well and have our minds meet on the same page in a hundred different places will quite frankly 'throw me under the bus', not that they disagree with me but fear being associated with me.

No longer if, but when my witch trial will come for thinking >"Biracial gay atheist kids are to be loved by their
biological mom and dad, as a married couple. "

Good name for the effect.