Are We Going To Redo the Flag After The Election?

Idolatry is a pejorative term for the worship of an idol, a physical object such as a cult image, as a god,[1] or practices believed to verge on worship, such as giving undue honour and regard to created forms other than God (from Wiki). What's this? 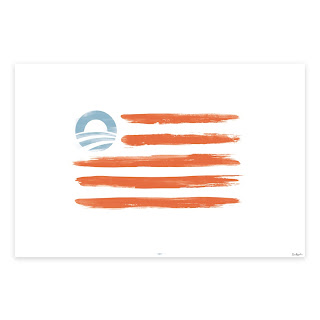 That is not what democracy is supposed to be about. I am really concerned about the future of our democracy. It appears a large percentage of the population wish to dissolve it.

Related: A short history of the creepy Obama cult.
UPDATE: Obama flag removed from Obama web site after numerous web sites point out the ghoulish similarity to the bloody handprints of Americans being dragged to their deaths in Libya. 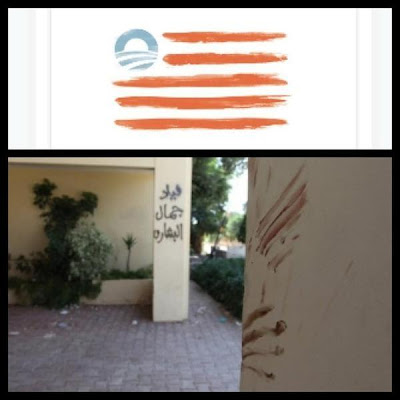