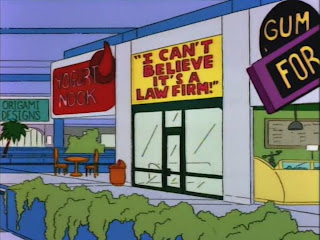 Anyhoo. Let's go way back. To 2009 when I wrote about AdultVest, a Francis Koenig-managed "adult" hedge fund accused of fraud at the time. Back then I wrote about it on Jr Deputy Accountant because it was dirty and an alleged fraud and I figured I could make a few dick jokes along the way. Win win, right?

Well about a month ago I got an email from an alleged "lawyer" in Beverly Hills, CA purporting to represent Francis Koenig demanding I take the three-year-old post in question down. I had no real emotional attachment to the post but really didn't want to delete it either so I didn't once I read the lame SEC dismissal of enforcement, knowing how inept those SEC guys are. The original FINAlternatives post upon which I based my own post remains active online today.

Well this fake lawyer didn't like that. He threatened me even harder, writing:


It has been nearly a month since our last communication. I have given you ample time to remove the damaging article aimed at my client Francis Koenig.
I have advised you in writing that this article is outrageous, entirely untrue, and slanderous. I have provided you with evidence showing my client has been cleared. Yet you continue to display this article on your website.
Your article starts by saying Koenig left Wall Street to "skeeze on the potential in alternative investments" and then references Bernie Madoff as a comparison! These are your baseless and egregious words.
Your acknowledgement of my prior notice is clear and undeniable evidence of your awareness of the harm your article is causing my client;  Your actions in writing the article;  The ample time I have provided you to remove this article;  And your failure to remove the article after having been advised of the real and punitive damages this article is causing, is further evidence of your intent to continue to harm my client.
I have advised you of my intention to proceed with both real and punitive damages to the fullest extent.
I am now writing to inform you that we are preparing to file a lawsuit which will name you personally, your website, and your company, along with others who have also received my warning notice and have failed to take action.
I am further advising you that your continued failure to remove the article will provide us with continued evidence of your intention to damage my client, and such failure will continue to add to the costs and damages which you have already caused. We intend to pursue these damages to the fullest extent available.

So I did what any good self-respecting blogger without a pre-paid legal team behind her would do; I removed the post. Obviously this guy was a tool but who has time for those headaches? I know I don't. I have way bigger fish to fry. But I made sure to take advantage of my prime Google real estate for his "client's" name by replacing it with an editor note about how this bully punked me into taking a very innocent post down:

Editor note: due to bullying by the lawyer for Francis Koenig, the previous post here has been removed. Should you be interested in reading it, I have saved an archive copy and can email it to any interested parties, just get in touch.

Mr. Koenig's lawyer stated in his initial communication with me that he and his client were "engaged in a full scale to wipe clean the defacing press that has been costly to Mr. Koenig" and "will do whatever means necessary in order to restore the reputation of Mr. Koenig in the shortest time possible," later following up with a threat to name me and this website in a lawsuit seeking costs and damages "to the fullest extent available." Not once was I asked to simply issue a correction.

This is an all-out assault on the First Amendment - as no defamation was intended in the original piece - but because this website is a hobby of mine, not the kind of money-making venture that could withstand harassment by some lawyer who finds it at all appropriate to demand removal of content, I have removed the post. I have also published all communications from the lawyer and will be in touch with the SEC to secure any and all documents related to AdultVest to independently investigate that matter further.

Earlier discussions of the alleged fraud can still be found elsewhere on the Internet:

Adrienne, I responded to you a few minutes ago. In answer to your question, the bar number of the lead litigation attorney filing this case would provided on the lawsuit, however Mr. Koenig has requested that you are to be withdrawn from the case.


All of this to say NEVER BACK DOWN, folks. I removed the post because that was all this tool asked for and figured I could make up for it by humiliating him on the Internet in its place which I've already done but remember, as long as your intent is good, you're fully within your Constitutional right to trash whomever you like, especially if they're a phony punk trying to threaten you into submission. It's not libel if you do it based on good faith information at the time.

God bless the Constitution. COME AT ME, BRO!
By Jr Deputy Accountant - October 31, 2012

Francis has "expert experience with SEO".

Good luck with that, Francis.

That's the really stupid thing, Shane, I didn't even like the post and it wasn't even that good. I can email it to you if you want to read it.

Is anyone in LA? I might need you to distribute the post in flyer form at the joint offices of AdultVest/Francis Koenig Construction/Chris Jones, Esq in Beverly Hills.