... is seeing this on Drudge 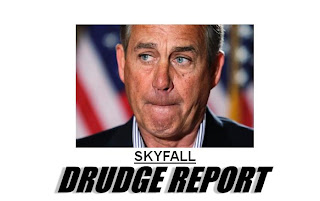 ... and then realizing it's not about Boner being voted out as Speaker, but just another stupid "fiscal cliff" story.

On the other hand, it's kind of funny to see Obama showboating about how Boner is his little bitch:

As the clock ticks toward a tax hike on all Americans in 20 days, President Obama predicted Republicans would join Democrats to extend current rates for 98 percent of earners before the end of the year.

what a joke and so entirely predictable if anyone had been paying attention to Boner's performance (no pun intended) since 2010.

They don't call it the Stupid Party for nothin'