Penn State - Have You Been Touched?

Sandusky, who retired from coaching in 1999 after 32 years on Paterno's staff, was arrested Saturday on 40 charges that include felony sex crimes against children. Penn State athletic director Tim Curley and university vice president Gary Schultz have been charged with felony perjury in their grand jury testimony in the case, as well as failure to report to law enforcement what they knew about Sandusky's behavior. 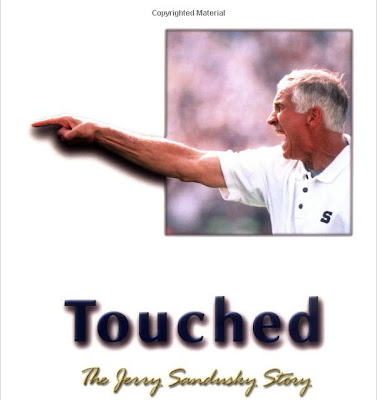 If you too have been touched by Jerry Sandusky, you are asked to contact the Pennsylvania Attorney General's office located at this fantastic URL (way to be first in line): http://www.attorneygeneral.gov/

...from the messy business of prosecuting its pedophiles. Well until now. 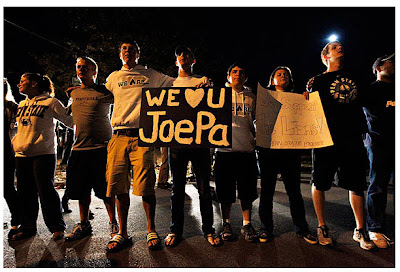 To be fair, he was only notified that his ex-assistant coach was showering with a 10 year old boy (which would have been enough for me to dial 911) and having sexual contact with the boy. He told his boss and therefore his conscience is good. Because remember folks, in Pennsylvania, if a grown man rapes a boy, the legal thing to do is tell your boss...WTF???
By Negocios Loucos - November 07, 2011

wow, that picture... talk about your fickle finger of fate.....