Jim the Realtor noticed in June that jumbo mortgage rates had gone cheaper than conforming.

At the time, I thought it was due to temporary dislocations in the Agency MBS market because of the violent move in Treasury rates. But the anomaly persists. 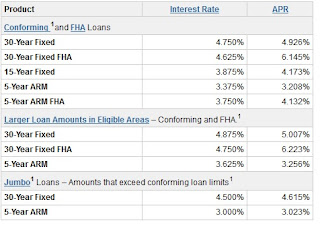 Another explanation is that there are relatively fixed transaction costs (documents, appraisals, insurance, notary, etc.), and the larger loan balances give banks more value to spread those costs across. For the same reason, you can often easily get a no-cost refinancing on a $400,000 loan, but not on a $100,000 loan.