My fellow San Diego Tea Partiers the SLOBs have been discussing the Ryan pick offline (er, online, kinda.... by e-mail but not on the blogs).
Our survey says: 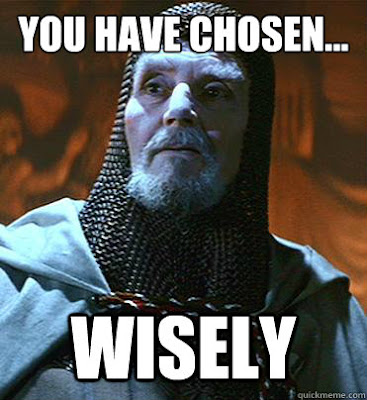 It's a bold choice. Most folks thought Romney was a wimp and would go for a safe choice like Rob Portman. Ryan has actually proposed a budget plan (something the Senate Democrats haven't done for years), which leaves him open to the Democrat attack machine about what might get cut. They'll try to scare seniors in particular that he wants to take away their Medicare. Ryan's budget doesn't go far enough, of course, and relies on overly optimistic growth assumptions, but like the Simpson-Bowles plan that Obama strangled in its crib, it's a step in the right direction and a good starting point for discussions.
Ryan has his flaws. He voted for TARP and S-CHIP and Medicare Part D. But he's one of the few adults in Washington actually willing to discuss the fiscal crisis. And he is young, smart, energetic, charismatic, and will make Joe Biden look like he's singing The Villages in the debate.
Please click on over to The Liberator Today and The Scratching Post and Temple of Mut for further Tea Party reaction. And get these sexy Romney/Ryan T-shirts hot off the presses from Lipstick Underground.
And then there's the Hitler reaction:
By W.C. Varones - August 11, 2012

actually willing to discuss the fiscal crisis. And he is young

Yeah! He was born in the 1970s!! Just barely in the 70s, but still... Granted, Romney is still the same tired old Boomer sh*t, but maybe this is the beginning of the end of the Worst Generation's leadership.

Should we judge him by his actions or his rhetoric? TARP was an abomination and is completely unjustifiable.

The Party prefers you don't pay attention to actual actions, or even writings (See The Party's scrubbing of all Obama's documents from the UIC library).