Ed. note: I wrote this last night. Normally I'd just cross-promote with a link but WCV suggested I repost in full here for your reading pleasure. Enjoy. WCV, I know how you feel about the excessive swearing on your site but A) you told me to do this and B) if anything warrants cussing people out, it's this. Remember, kids, the Internet never forgets. - JDA

Hey, listen to me and listen good. NEVER FORGET. Never forget the assholes in Washington who wanted to build a Great Wall of America across the Internet. Never forget the proposed Cybersecurity Act of 2009. NEVER EVER WHATEVER YOU DO, don't you dare forget. That's all I ask.

Ding dong, the witch is dead (for now):


After getting panned on the Web, Hollywood’s blockbuster anti-piracy bill imploded like a box-office bomb this week — and Washington realized the Internet’s “series of tubes” now may have more clout than the vaunted motion picture and music industries.

By the time Senate Majority Leader Harry Reid (D-Nev.) called a time of death on the PROTECT IP Act on Friday, it already had been trampled by a stampede of one-time supporters anxious to distance themselves from the political threat of a Web-driven uprising against the bill. Lying alongside it: The House’s Stop Online Piracy Act.

Here is a convenient list of 60 companies that supported SOPA (remember these names, people):

Of course, the dickheads lobbying to gain control over the Internet at large would rather they weren't called "supporters," and demanded a correction and explanation from the Judiciary Committee. “The listing of the law firms was a mistake made at the staff level of the committee,” the committee said in a statement to POLITICO. “Once we were made aware of the mistake, we immediately removed the list of supporters from the website and revised the document. Our staff has been in contact with several of the firms and made them aware of our efforts to remedy the mistake.”

As of last time I checked, the Judiciary Committee had an updated list of SOPA "supporters" free of these law firms' names. Sorry, my name didn't show up as a supporter, how exactly did these firms end up there if they didn't - in one way or another - support SOPA? Nice work, you Judiciary Committee morons, you revealed the scam!

Especially Lamar Smith, who is a moronic copyright thief in his own right.

Vice tracked down a pre-SOPA view of Smith's website and discovered that the asshole was using a non-credited, STOLEN image lifted from photographer DJ Schulte: 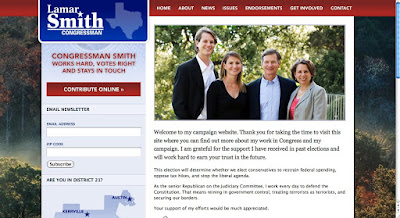 Here's the original (credit, obviously, goes to DJ Schulte, who has licensed his work under a Creative Commons license, so all Lamar's dumbass team had to do was throw the dude a credit - WAS IT THAT FUCKING HARD, LAMAR?): 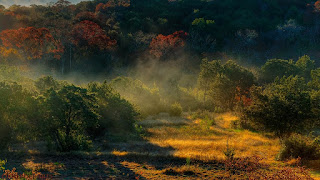 The cowardly pricks have retreated for now thanks to the overwhelming response by the Internet. Not any one of us or some of us or certain ones of us, just "the Internet." There will be no taking credit (there will be giving it, however, because what assholes like Lamar don't get is that we, as the Internet, do shit like that for each other), there will be no celebrating. It isn't over.

I'm a threat for writing this. You are a threat for reading it. The Internet is a threat for breaking through the bureaucratic bullshit and offering FREE knowledge to every American. Not Sallie Mae loans and failed hood colleges but real knowledge; and the fruit of the Tree of Life has taught us that the (capital G) government has but one goal: self preservation. It is not the Government's job to do anything for you, it is its job to keep you suppressed enough to continue feeding it and stupid enough not to figure out what its real job is.

The Internet is a direct threat to the Government's single mandate. It has nothing to do with copyright violators or even the chickenshit movie companies delusional enough to think movie downloading is eating into its profits when it's really SHITTY ASS MOVIES. It's that we are all a threat for disseminating this information amongst ourselves freely, openly, politely and often, 24 hours a day. No longer are we tethered to the Government-controlled media (remember when CNN used to show news?), and are instead allowed to roam free and share as much information as we like to anyone who wants it. It isn't always correct, a lot of it is opinion and some (OK, a lot) is LOLcats but it is a constant conversation the world is having with itself and that scares the shit out of the Government. Not just ours, everywhere.

I hope we, the Internet, have effectively made our point. We will not stand for it. We know what the Government is trying and we aren't going to sit here quietly and allow them to do it. This is not China, it's the United States of America (in case anyone forgot). I'm sorry a bunch of assholes we pay to represent us in Washington think it's OK to fuck us like this and we're too stupid to notice but we're not going to take it.

Get it yet? They will be back. And we'll be ready.

This really is the story and message of the week (not the crap about Newt). Thanks for the firm reminder that this is going to be a long ongoing battle.

But I am still saving up for a Ham radio, just in case.

Newt was for Internet censorship before he was against it.