The Federal Reserve's low interest rates are a boon to overextended banks and to the borrowers who owe them money. (As well as the world's greatest debtor, the U.S. Treasury). But these benefits come at the expense of savers — both those who hope to see their savings grow enough that they can retire someday, and those who have already retired expecting to live on interest at rates far higher than those that prevail today. The low rates are, basically, a tax on savers for the benefit of borrowers and those who made bad loans. 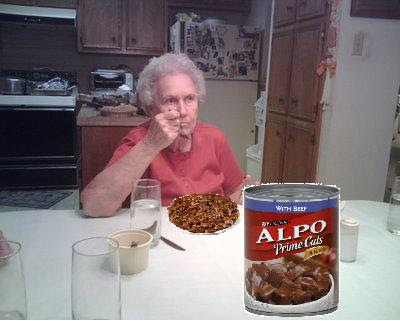 Awful. What will they have left to take to heaven?

Meh... given the legacy left by the greediest (sorry, "greatest") generation, I and many other people under 40 would like to see them not only eating Alpo... but begging younger people on the street for each serving of dog food, and apologizing to members of their grandkids' generation every chance they get.

They only get 0.5% interest? Cry me an effin' river. That these doddering idiots have the audacity to complain about *anything* finance-related today is sickening. The world will privately celebrate when the pre-WWII crowd is finally dead.

You think the boomers are any better?

Oh, the world will celebrate after the last Boomer is finally gone too, a day that I sadly (born late 1970s) will probably not live to see.

My one comfort is that the shit sandwich that the elderly have served their kids *is* going to catch up to the Boomers well before they die, and karma is going to be a real bitch. It's already catching up to many older Boomers near retirement who through sheer stupidity find themselves bankrupt, with no prospects, at age 60.

The final 20 years of the average Boomer's life is going to suck. Hard. Financially, physically, emotionally, whatever. Anti-elderly sentiment will skyrocket across the Western world over the next couple decades. And the geezers have earned every bit of it.