The real estate wasteland of Las Vegas has been a favored hunting ground of serial killer Alan Greenspan. Today's episode of Greenspan's Body Count comes from the Las Vegas suburb of Boulder City:


A Las Vegas police lieutenant and two family members are dead after an apparent double murder, suicide and arson at a home in Boulder City, authorities said Monday.

Henderson police spokesman Keith Paul said a man called 911 at about 8:20 a.m. Monday and told a dispatcher he killed his wife and child, set his house afire and would shoot anyone who approached.

The home is owned by Hans Walters, according to Clark County assessor records. Many know Walters as a Las Vegas police lieutenant married to a former Las Vegas police officer, Kathryn Walters. The Las Vegas Review-Journal reported that she left the department in 2005.

Boulder City police arrived to find the homeowner with a handgun in the doorway of the burning house before he retreated back inside and apparently killed himself. 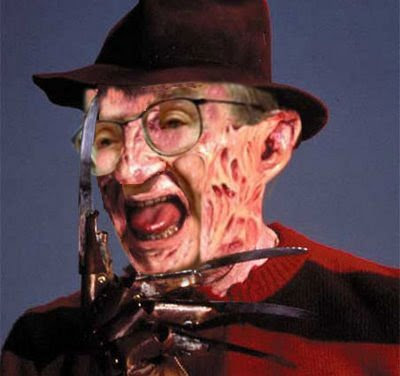 See, things like this wouldn't happen if we took guns away from everybody except military and pol...hmm. Never mind.