From the communication I'm getting from the states the image the news must be presenting is total chaos in Brazil. The protests are definitely real and dangerous but in typical Brazilian fashion it only impacts a small area of each city while the rest of the areas act as if nothing is happening.

Yesterday I attended the Confederations Cup match Mexico vs. Japan in Belo Horizonte. 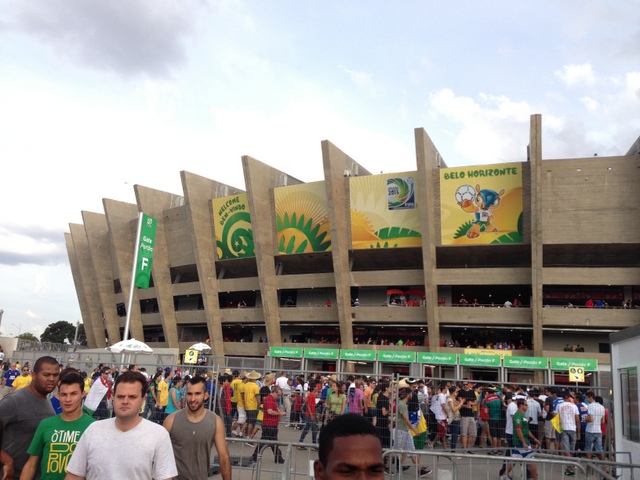 Walking to the stadium was an event. The military police, what they call the police here that carry guns, were out in full force and so where the protesters demanding free health care and the cancellation of the World Cup and Olympics here. It was extremely tense. But past the police checkpoint that only let those with tickets continue the scene was total Brazilian soccer celebration. It was a different population of people at the game and most were Brazilians there to cheer on the Brazilian national team even though they were playing a thousand miles away in Recife. It was a blast really. Nothing would be happening in the game and all of the sudden people would go crazy all over the stadium because Brazil had scored. And even when Mexico scored their 2 goals it was like a home game for them. The Brazilians went crazy. No one knows how be happier or have more fun than Brazilians. Which is why it’s a startlingly contrast to get a call around halftime from my wife telling me that the police are brutally attacking the protesters about a quarter mile from the stadium and that I had to be very careful.

The game ended and the scene where I walked through where there were hundreds of protesters was very creepy when I exited. They were all gone, the street was soaked and there were hundreds of heavily armed police with full combat gear on. What happened to the protesters? I could only get this blurry picture for fear I’d lose my iPhone but I hope it conveys the scene. 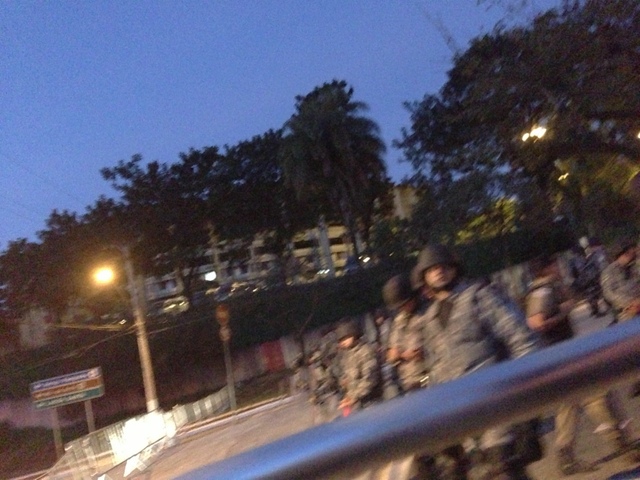 I had to walk probably a mile to get to civilization that wasn’t under mart1al law to try to find a cab or bus. It was on a main road and everything seemed normal. So much so that in surreal fashion this guy pulled up do some shopping. That’s a Ferrari. 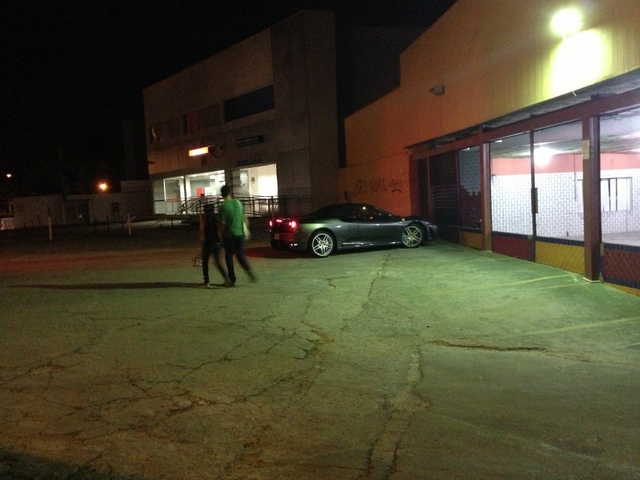 I jumped on a bus that would take me through downtown and to the other side of town where I was staying. Everything seemed normal. There was nothing indicating there were even protests going on. It was disconcerting really. I mean I don’t want to be around violence but I also don’t want to be around such efficient elimination of a protest.

I was dropped off at Minas Shopping which is an American-esque mall where I sought out some sustenance. Again everything was normal, people were dressed to go out and there was a guy on guitar at Almana Que while people drank beer and snacked on lovely Brazilian fare. My phone rang with my frantic mother in Chicago telling me to get to the airport immediately to escape the carnage that is happening ALL OVER BRAZIL. I explained to her what I was seeing and she calmed down a bit.

It’s a curious thing, on the one hand the protests are of course valid in their protests against government corruption but they are interfering with what Brazilians enjoy most, soccer. Also these are people protesting to cancel the greatest event there is in soccer, the World Cup. I’m not sure they are fighting the right fight. It might be a total mafia scam, the World Cup (for another post), but no one loves soccer more than Brazilians so I’m not sure these protests are correctly targeting.

I’ll be here Wednesday for the Brazil vs. Uruguay semi-final and it unfortunately should be a riot. I’ll try to take more pictures this time.
By Negocios Loucos - June 23, 2013

The horizon has been defeated by the pirates of the new age!