I'll estimate today's crowd at 1,000. I'm not very good at estimating crowds, but there seemed to be about 10x as many people as you see around the keg after a 100-person Hash House Harriers run.

I arrived at Spanish Landing around 10:30, well ahead of the 11:00 start time for the Tea Party, but there were already a lot of people there. 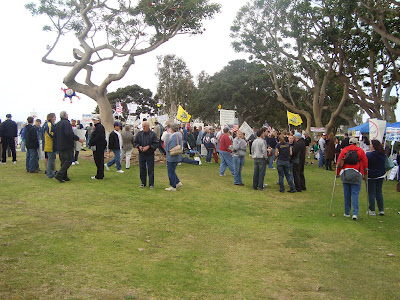 The organizers were selling T-shirts. They had ordered only 100, and they were sold out before the event officially started. 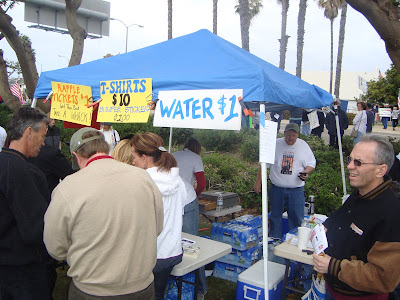 While most of the people were in the park centered around the speakers' platform, a handful of people were along Harbor Drive, drawing honks and waves from passing cars. This later grew to several dozen people along the road. 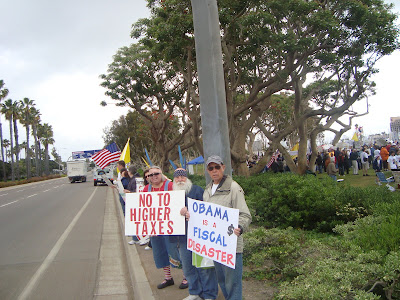 Most folks seemed to have made their own signs. There were more A's for creativity and effort than for execution. 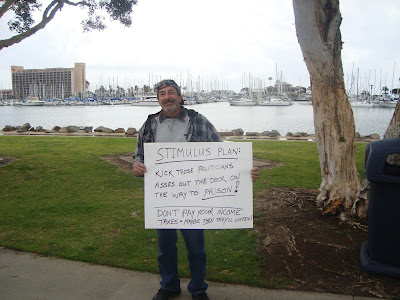 The part below the line might help you become Barney Frank's cellmate. 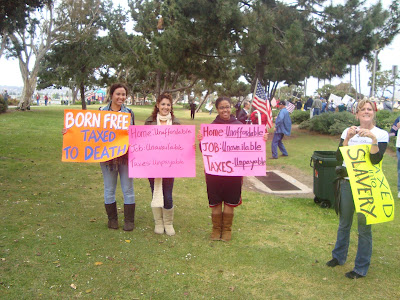 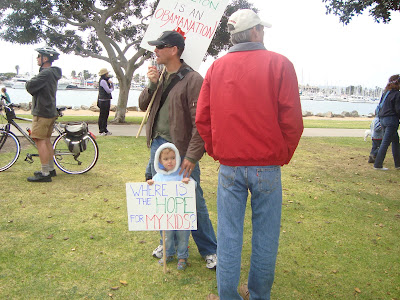 There were patriots of all ages there -- quite a few kids, in fact. 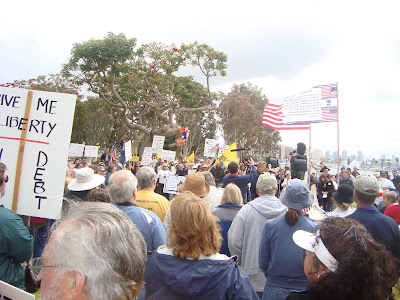 An eager crowd awaits the speakers. 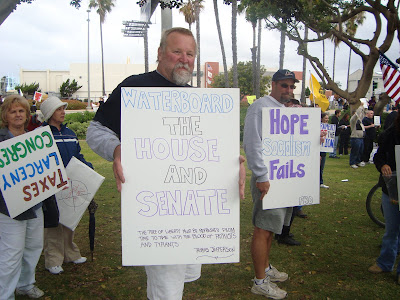 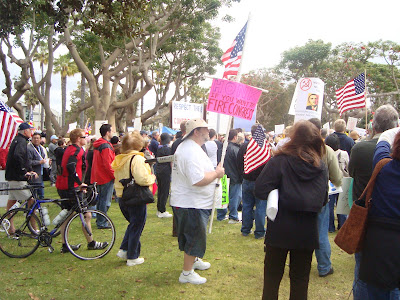 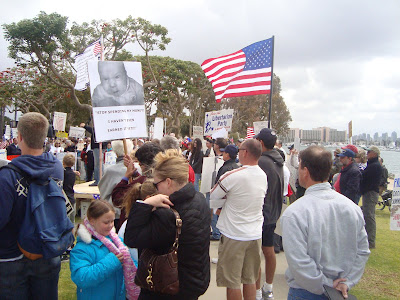 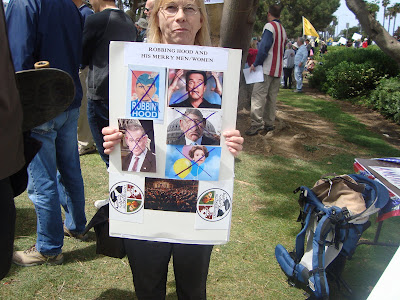 Somebody brought along a big banner of the Constitution, with Sharpie markers so that everyone could sign. 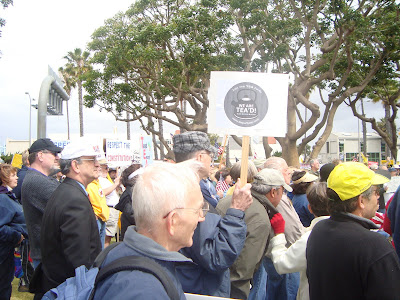 The guy in the white baseball cap is Richard Rider, local Libertarian activist and frequent candidate for office. His "Dick Rider for Supervisor" signs in the early 90's were a huge hit for amateur comedians. Rider was the only person I recognized at the protest, as local politicians and media seem to have avoided it. 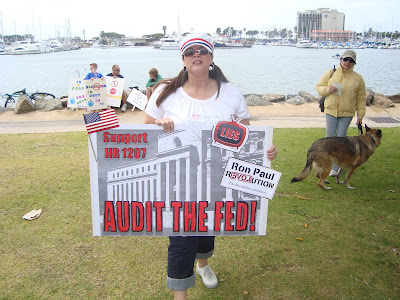 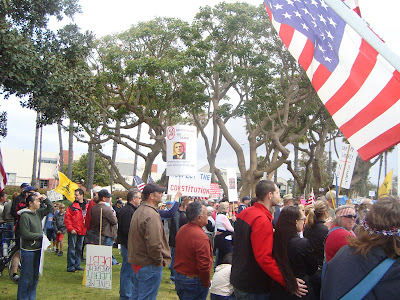 Obama was about as popular as Arnold Schwarzenegger... 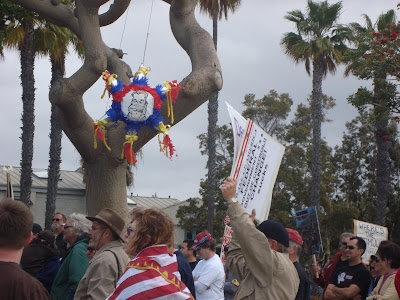 ... whose likeness disgraced a piñata. 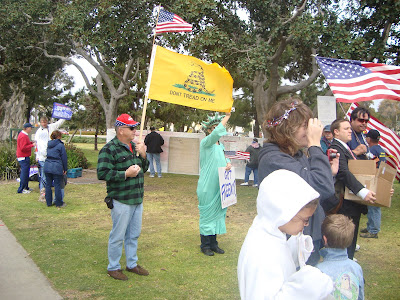 Lady Liberty was there. 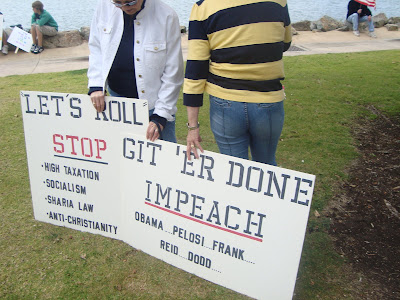