A big congratulations to our friends at 803 Ida in Solana Beach on their fourth anniversary on the MLS.

In other news of misguided Solana Beach condo developers, remember 140 - 146 N. Rios? These glue-sniffers were trying to sell strip-mall-view condos for the same price as nearby big, beautiful, ocean-view single-family homes. Well, that didn't work out so well. Three years later, they're still trying to sell them at the same asinine prices. 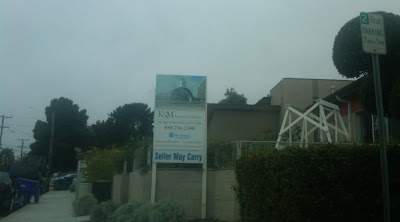 "Seller may carry" indeed. That dude would carry you on his back across the Sahara Desert if you'd give him $1.65 million for a concrete jungle condo.

There's a whole new wave of people in foreclosure, losing their houses. Soon the banks will have even more over priced homes that they can't sell, listed at unrealistic prices.