I was originally going to title this "Breaking News from 2008." That's because Bloomberg ran a story titled, "Fed independence risked by Treasury coziness." That is funny on its own, you know, because the Fed has been the Treasury's goo dumpster, monetizing Treasury's monstrous deficits, ever since Benny and Hank threatened to blow up the world if Congress didn't pass TARP. 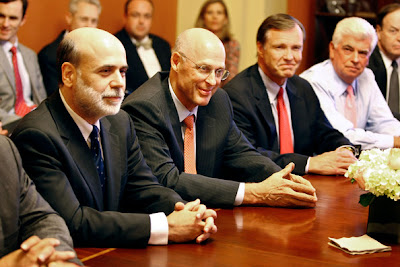 Now, however, Bloomberg has changed the headline! Now it's "Fed Employees Serve Treasury in Assignments Deepening Crisis-Forged Ties." Here's a screen cap of the pre-censorship headline. 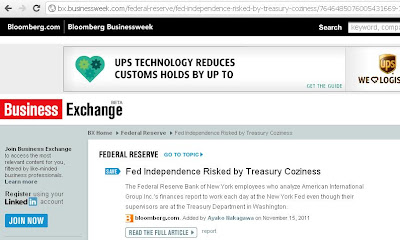 The Ministry of Truth must not allow the Fed-Treasury money-printing circle jerk to be exposed!
By W.C. Varones - November 15, 2011

You have to give them credit for coming up with a title that in no way makes you want to even consider reading the story. Artful, really.