It's the price, stupid 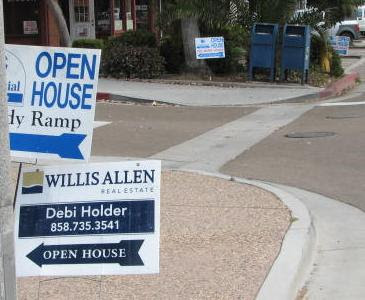 I toured a couple of open houses in the rich San Diego beach suburb of Del Mar. They were priced in the $5 million to $7+ million range. You do get a nice house for that money, but think about the cash flow. That's going to cost you $40,000 or $50,000 a month just to cover mortgage and taxes, before you even get to the cost of utilities and garden and pool maintenance. And that's if you get a rate better than the jumbo rates I've seen recently.

Who's got that kind of money? Nobody around Del Mar, apparently. Some of these multi-million dollar properties have been sitting on the market for months, and I haven't seen a single transaction in that range. Yet no one is cutting the asking prices. I guess they're waiting for Bernanke to kill the dollar further, so that $5 million will mean nothing to foreign buyers who hold real currencies like Euros.
By W.C. Varones - July 13, 2008