On a beautiful Saturday afternoon, 25 patriots gathered along Friars Road at the Fashion Valley Mall to protest against President Obama. 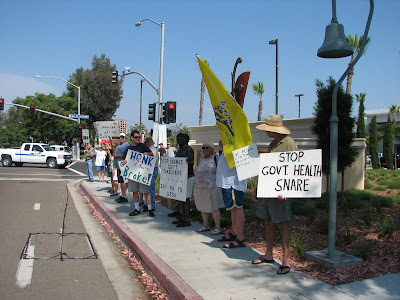 I almost didn't participate. When I pulled up to the protest, there was a guy with a sign saying "America is a Christian nation." That was so off-putting that I almost drove away right then. America is not a Christian nation. America is a secular nation founded by Christians who were totally cool with atheists and people of other religions. A Muslim with a Messiah complex has as much right to be President as anybody else.

And that brings me to Roger, the organizer. Roger is a nice guy and I appreciate the effort he put into bringing this protest together, but his message is a little extreme and counter-productive. He had signs about Obama being a Black Nationalist Socialist, with images alluding to the Nazis. Yes, Obama's ideology and associates are radical, racist, authoritarian, and scary. But that message doesn't sell to the target audience. We're trying to persuade the average person driving past a mall in San Diego. Anyone that would respond positively to that message is already against Obama. Extremist stuff like that discredits the whole protest. 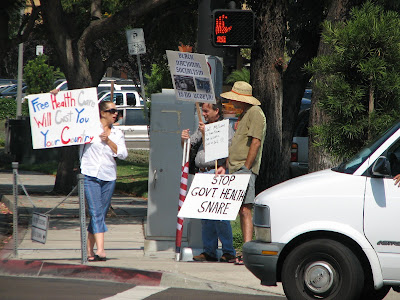 Fortunately, the vast majority of the protesters had signs with messages that did resonate with the average driver: Obamacare, deficits, debt, freedom, the Constitution. And the number of supportive honks from passing drivers was impressive. 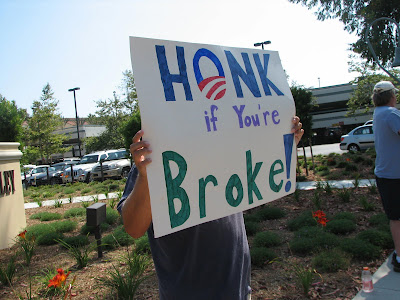 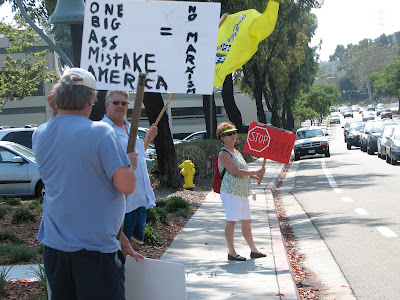 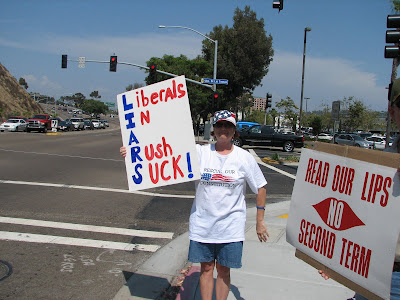 This is Linda, an absolute bundle of energy and delight to talk to. She went to the Washington D.C. Tea Party on July 4. 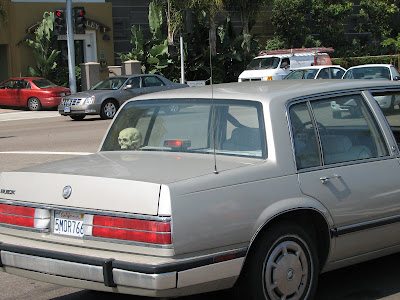 That's Grandma in the back window. Obama told her to take a pain pill and get some "end of life counseling" instead of surgery. 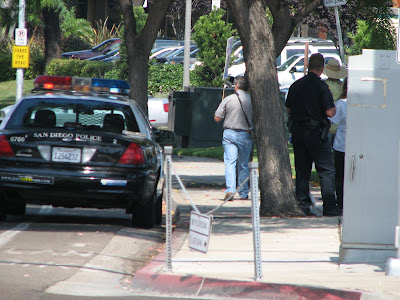