Mailman Craps In Someone's Yard Like a Dog, Keeps His Job 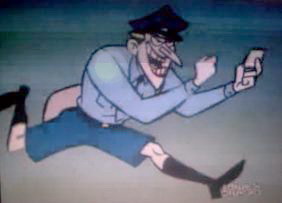 This is what it comes to, eh?

Via Ruralinfo.net (which is a very exciting aggregator of all things USPS if you're into news on the failing mail system in this country):


Some neighbors in Southeast Portland are upset that a postal carrier caught relieving himself in a backyard was returning to his old route.

A man in the 7000-block of SE Ogden snapped photos of his mail carrier defecating in his neighbor’s yard last April.

A spokesperson for the post office said the carrier was disciplined and temporarily taken off his route, but he has since been allowed back.

OK that's pretty bad. But what's even worse (what could be worse than your mailman taking a crap on your neighbor's lawn?) is the comment left by what I presume to be a fellow mail carrier in defense of his or her fellow letter carrier with a weak bowel:


He had to crap. It was an emergency, why fire someone for an embarassing moment.

Well let's see. I am not familiar with Portland but I looked up the 7000 block of SE Ogden on Google Maps and it appears that there is a grocery store not too far from there should our mail-delivering friend with the loose bowels need a place to relieve himself. If you have Crohn's, IBS, colon cancer or any other intestinal issue that would prevent you from holding it in for a reasonable amount of time until you can get to a restroom, perhaps you shouldn't be employed in a business that means being restroom-less for hours at a time. And if you don't have any of those issues, there is absolutely no excuse for crapping on someone's lawn for any reason, no matter what any apologist mail carriers say.

If it was that much of an emergency, he should have gone into the back of the mail truck, squatted over one of those plastic bins they use to carry the mail and then wiped his ass with the BS junk mail circulars we all get. Simple.
By Jr Deputy Accountant - February 04, 2012

Reminds me of the stories I heard about how my hillbilly ancestors used the Sears catalog in their outhouses in the Depression. Junk mail then, junk mail now.

Well, you can hardly blame the USPS.

It's hard to find someone who knows how to drive a little jeep and hand out junk mail.

I disagree. Using mail in that way would be "tampering" and a federal crime. Junk mail should not be put in proximity of your junk.

Good point... crapping in a customer's lawn is not even a misdemeanor, apparently, but if the mail gets involved, then it's a crime.