Police in Phoenix are investigating what they believe to be a murder-suicide after a couple was found dead in their bedroom.

Fernandez's two adult children in their 20s were in the home and heard "popping" sounds but didn't realize they were gunshots. Martos said five small children, all under the age of 5, were also in the home near 4400 N. 53rd Lane.

Redfin has more info on the complex, from the apparently identical four-plex across the street, which just sold for $139,150, or $35,000 per unit. 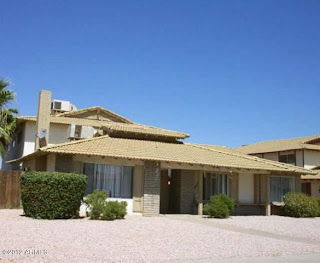 Nine people in a run-down three-bedroom 1970's apartment on the outskirts of Phoenix. Welcome to the Greenspan Depression.