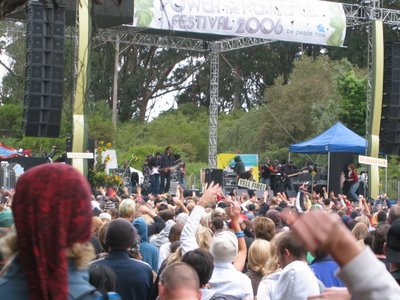 It was a great event. The weather was chilly, but the turnout was huge and the vibes were good. Michael Franti & Spearhead were great as usual.

I'm not sure which tribe these Africans are from: 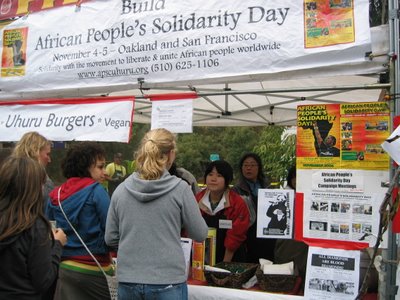 I think this might be the Venice Beach regular who roller-blades with his guitar: 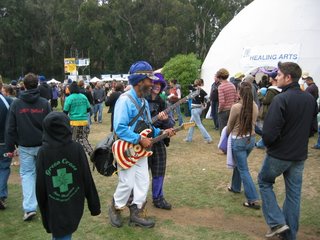 It wouldn't be a San Francisco event without Crazy Chinese Businessman (though he's recently adopted a more casual look): 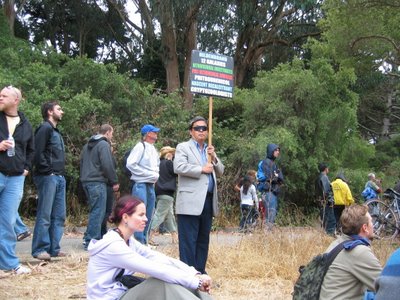 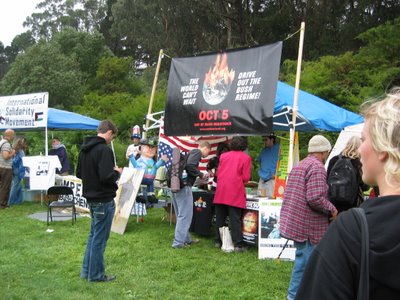 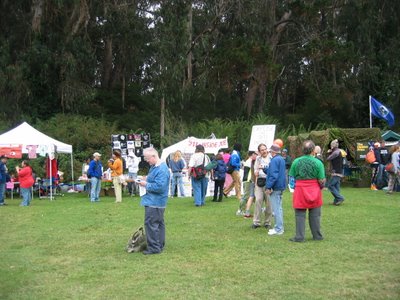 Rabbi Michael Lerner proposes a new corporate social responsibility requirement. He later explained his homeland security proposal: to donate 5% of GDP to Third World countries so that they won't want to kill us any more.

A crowd pan to show how huge the festival was.

At the Spearhead tent, I bought the new album. It is outstanding.

thanks for the link to the extra pics and vids, it was such a great day!!