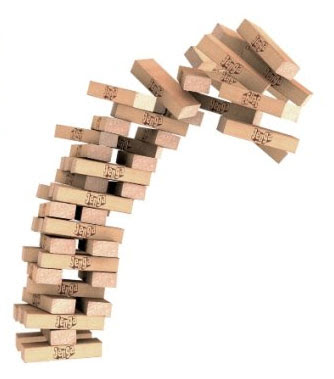 Consumer credit is a key metric monitored by economists. It is a major factor in the multi-decade economic boom that ended around 2008.

Consumption ("C") is the biggest factor in GDP:

Consumption has been around 70% of GDP consistently the last several quarters, well above the late 20th century averages in the low-to-mid 60's. With consumption such a large percentage of GDP, any attempt to prop up the economy with Government deficits (even current maniacal 10% GDP deficits) will fail if consumption declines significantly.

And what keeps consumption going? Debt, euphemistically known as "consumer credit." The great GDP and stock market boom of the last thirty years was driven by consumption growth. And that consumption was not just in line with personal income growth, but turbo-charged by rising indebtedness (Federal Reserve data on revolving (credit card), non-revolving (auto, student, etc.), and mortgage debt). A graph courtesy of the St. Louis Fed: 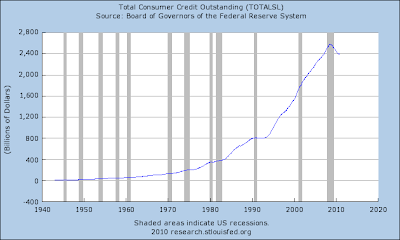 WASHINGTON: US consumers opened the credit spigots in October in the biggest jump in more than two years, central bank data showed on Tuesday.

Consumer credit rose 1.7 percent in October, more than twice as much as the prior month's increase that had snapped 19 straight months of declines.

The Federal Reserve revised the September reading a half point lower, to 0.6 percent.

The October surge in borrowing was the strongest since July 2008, when the economy was grappling with the worst recession in decades.

So consumers are busting out the credit cards and buying BMWs on credit again? Not so fast (David Rosenberg via Mish):

Once again, it was federally-supported credit (ie. student-backed loans) that accounted for all the increase last month ― a record $31.8 billion expansion. Commercial banks, securitized pools and finance companies posted huge declines ― to the point where excluding federal loans, consumer credit plunged $32.5 billion, to the lowest level since November 2004 (not to mention down a record 9% YoY). Over the past three months consumer credit outstanding net of federal student assisted loans has collapsed $76 billion — this degree of contraction is without precedent. 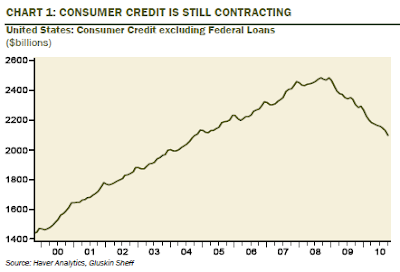 Even the banks realize this is fool's debt. No bank would lend $100,000 for a liberal arts degree when most college grads will have a very difficult time paying it back. So the federal government steps in as the debt-pusher of last resort, first guaranteeing student loans, then making student loans directly. And even President Obama realizes that this debt load is unmanageable on typical college grad salaries, so he proposes forgiving debt for government workers after ten years and second-class citizens after twenty years. He'll just tack it on to the already unsustainable national debt -- kicking the can down the road to a day of reckoning after he'll be out of office, leaving our children to make the horrible choice between inflation and default.
By W.C. Varones - December 12, 2010

higher and higher, Baby. It's a living thing...it's a terrible thing to lose

calling out S.W.A.T. now days to collect from these dead beats.

WASHINGTON -- The Department of Education is disputing a local news report that it sent a S.W.A.T. team to knock down the door and search the house of an individual because he defaulted on student loans.

LMAO - wish I could call up some armed mofos to collect from my past due list... sometimes.

Got that Rhythm Heritage horn section playing on my speakers right this moment and doing some serious chair dancing... going crazy on that whammy bar on the guitar...

I've been watching some of these Occupy Wall Street videos as of late and one common thread seems to be that there are many young people with lots of student loan debt that can't or are not confident that they can find work. All that "Constitution this and Bill of Rights that and patriotic sentiment, blah, blah, blah" bullshit aside... When you boil it down, it seems to be a number of young people waking up with some buyer's remorse. That's my interpretation of what I'm seeing and couldn't help dig this up.