A Westchester County attorney, apparently facing financial straits and a crumbling marriage, bludgeoned his wife to death, then shot and killed the couple's two children before turning the gun on himself, authorities said.

New York State Police said they believe 50-year-old Samuel Friedlander repeatedly struck Amy Friedlander, 46, with a blunt object during a heated argument in the master bedroom of their Lewisboro home sometime around midnight Monday night. He then walked down the hallway and shot his two children with a 12-gauge Remington 870 shotgun as they lay in bed, according to state police spokesman Major Michael Kopy.

Several media outlets reported that the couple's house had been put up for sale.

"I think everybody has a different coping mechanism. If you've always been poor and you're still poor, you don't know any different," Foley said, although he was quick to point out that domestic violence is not particularly prevalent among the wealthy. "I think that everybody, with the exception of the extremely affluent, they live check-to-check. It's just that their toys cost more."

His colleague in WestConn's Justice and Law Administration Department, George Kain, who is also the acting police commissioner in Ridgefield, agreed with Foley.

"The stress for those people (the wealthy) is much, much more intense, because they've never had to deal with that before," Kain said. "It's much different when you're an affluent person making a six-figure income and you can't make a mortgage payment." 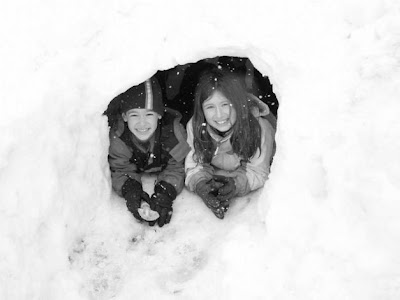 The Friedlanders bought their house at 2 Lambert Ridge Road in 2002 for $737,500, and had been trying to sell it since May. It was "worth" well over a million dollars in Greenspan's bubble. Property taxes on the house were $18,956 a year, more in taxes alone than the median American household pays in rent or mortgage.

Greenspan, now age 85½, is going to meet the Grim Reaper himself soon enough.

Indeed. But he'll be like Freddy Krueger and keep killing from beyond the grave.