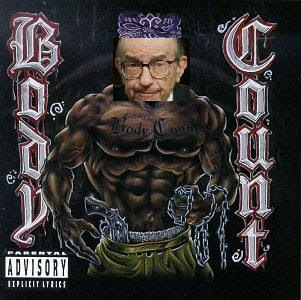 The mainstream media is catching on, if not catching up.

Weeks ago, we told you about the tragic tale of Raymond and Deanna Donaca, victims of Alan Greenspan. Today, the very attractively colored USA Today reports the story:

"It is believed that the Donacas committed suicide after attempts to save their home following a foreclosure notice left them believing they had few options," the Crook County Sheriff's Office said in a report.

The point of the story is what we've known for years: that financial trouble caused by the mortgage mess can be devastating to people, and drive them to despair and even suicide:

Their suicides were a tragic extreme, but the Donacas' case symbolizes how the housing crisis is wrenching the emotional lives of legions of homeowners. The escalating pace of foreclosures and rising fears among some homeowners about keeping up with their mortgages are creating a range of emotional problems, mental-health specialists say. Those include anxiety disorders, depression and addictive behaviors such as alcoholism and gambling. And, in a few cases, suicide.

Crisis hotlines are reporting a surge in calls from frantic homeowners. The American Psychological Association (APA) and other mental-health groups are publishing tips on how to handle the emotional stress triggered by the real estate meltdown. Psychologists say they're seeing more drinking, domestic violence and marital problems linked to mortgage concerns — as well as children trying to cope with extreme anxiety when their families are forced to move.

"They're depressed, anxious. It's affected marriages, relationships," says Richard Chaifetz, CEO of ComPsych, a Chicago-based employee-assistance firm that is counseling homeowners over mortgage fears. "People tend to catastrophize, and that leads to depression. Suicide rates go up. We see an increase in drinking, outbursts at work, violence toward kids. Before, their houses were like ATMs," as they rose in value. "Now, they feel trapped like a rat in a corner."