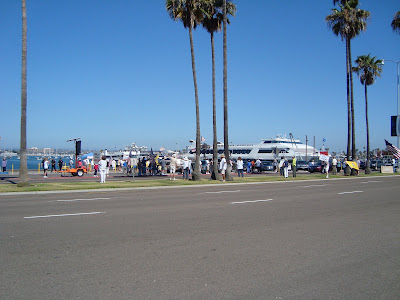 The crowd as I approached before the 10am kickoff. I would estimate it grew to more than 100 eventually. 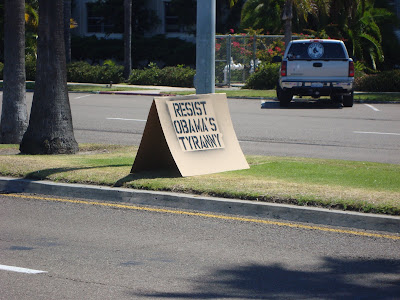 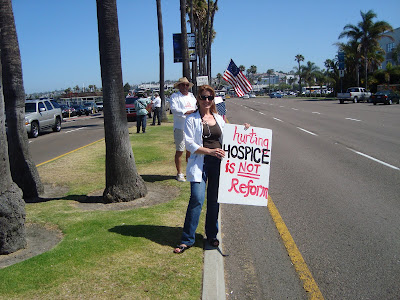 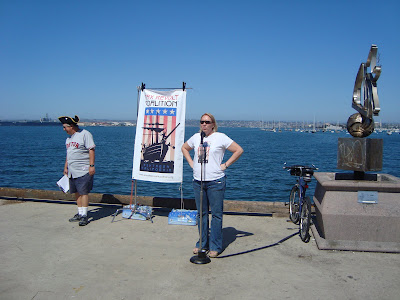 Dawn Wildman, one of the founders of the local tea party movement. 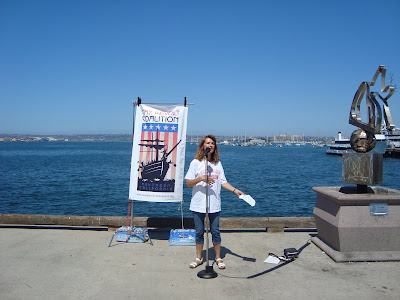 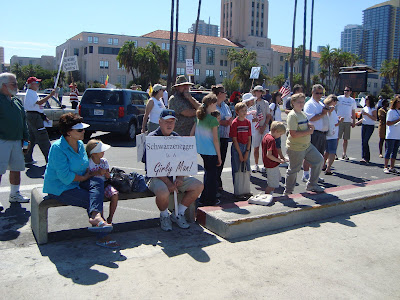 Yes, this is about ObamaCare. But we still hate Schwarzenegger. 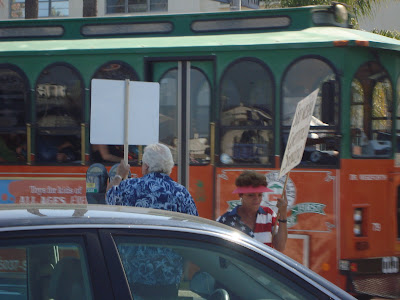 The tourists on the bus checked out the scene. Some passing motorists gave supportive honks. 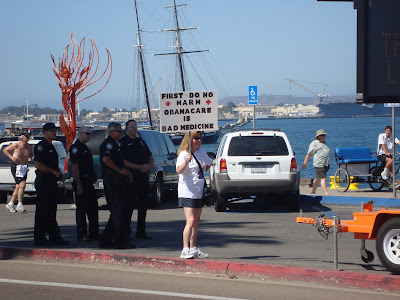 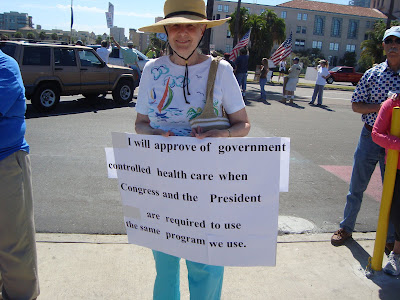 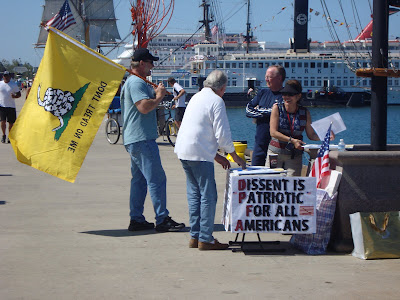 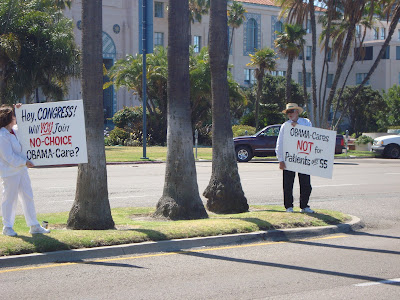 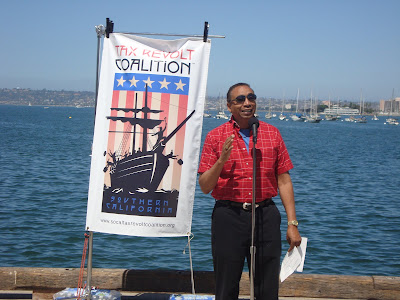 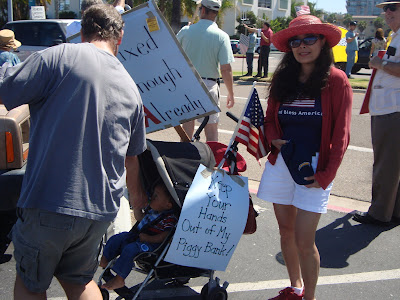 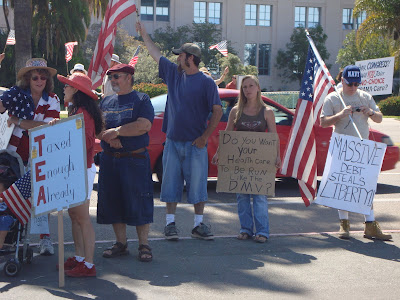 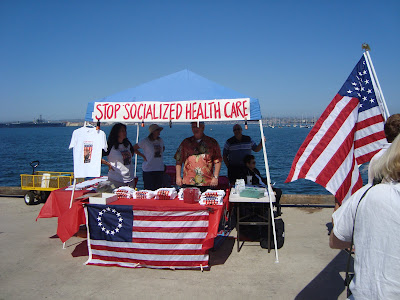 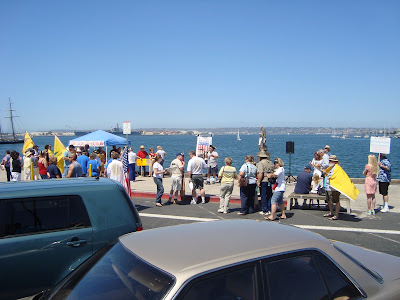 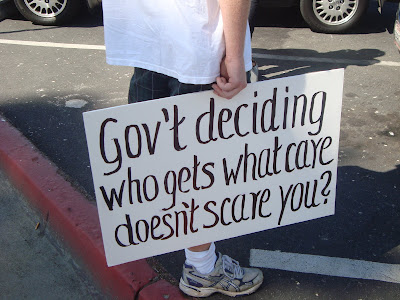 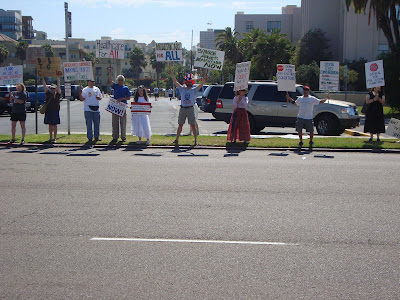 About 15 Obamunists showed up to counter-protest across the street. They shouted a lot but were largely ignored.