Of course, the mainstream media's hatemongering campaign against conservatives had absolutely nothing to do with it. 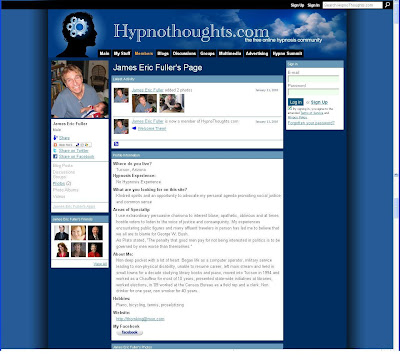 He calls himself "thornking." This HuffPo user Thornking sounds like the same guy.
The HuffPo profile appears to have been scrubbed, but Google and Bing search still show this:

Navy veteran once stationed at Miramar NAS, (McCain's old hangars) numerous jobs in the corporate world and in govt.....

Let's kick these freak-out artists in the pants and send the Replunderc­an sociopaths back to their gated communitie­s with a black eye.

These thought surfing head-cases seem to be drawn to one another!

non-drinker for one year.... i.e. alcoholic