In the latest TSA absurdness, I again was regretfully required to use flight as my family's means of transportation from the Bay Area to Chicago. Traveling with a 1 year old requires that we bring certain items that may or may not be a threat to the security of this great nation. Cases in point - Gerber Apple Cinnamon Oatmeal and Silk Very Vanilla soy milk. 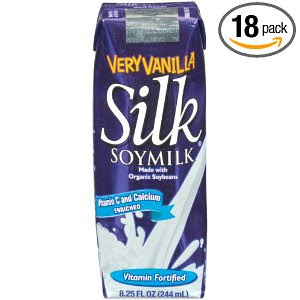 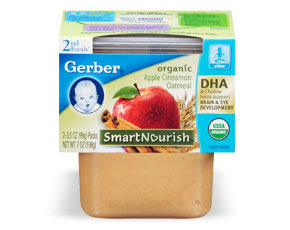 Yes dear friends our heroes at the TSA are johnny-on-the-spot when it comes to potential threats to this nation. In this episode of heroism, the TSA superwoman wiped my just purchased from Jewel-Osco food items with her magic white round disk and put it into her super accurate WMD detector and low and behold, those 2 items were flagged as threats to every man, woman and child on EARTH!

This meant 20 minutes of unpacking our bag with all of the stuff for both our kids while of course having to placate our kids while we stood there, doing nothing, and watched. Oddly to SuperTSALady, nothing was found because I'm not a terrorist and I have no desire to do harm to anyone. Yet this TSA goddess did her best to protect us and in the end said "this was for your protection."

Now I of course won't subscribe to the notion that their equipment is a joke and what they do is almost useless, that would be unpatriotic. I want to actually suggest a much more reasonable alternative:

Obviously the TSA has uncovered a massive conspiracy between Jewel-Osco, Silk, Gerber and Al Qaeda. Al Qaeda slipped up in their packaging of WMD's among the distribution of these products and we all can thank the TSA for the smack down of these evil corporations that is to come. Thank you TSA!
By Negocios Loucos - March 06, 2011

I'm sort of surprised they didn't cavity search the baby too. This is worse than an f-ing Kafka novel.

CRAZY! It's a wonder they didn't check for a "smelly bomb" in the little ones diaper! Hey it could have been an "Al-Qaeda" poop cause the baby ate the Gerbers before hand! DAMN TSA!

W.C. Varones.....which airport was this, who was the TSA officer and when was the flight? This TSO needs to be questioned or at least made to feel SHAME! I will be finding out what Al-Qauda and baby food have to do with this for sure.
I really think she probably never tossed out that baby food and took home with her a feed it to her kid! I know they will even say little bottles of perfume (under 3oz.) can not go on board.....that's after they go through your bags like it's a damn garage sale and pick out what they want! They do NOT throw out that stuff! They put it in a box or basket and sit it in the breakroom and take home what they want!

Anon2, it pains me to be fair but in this case we were allowed to keep the 2 items.

The rest of your comments are definitely worth commentary which I will provide later. But for now I'll ask is it the individual or the entire system (TSA) that's at fault here?

I once again remind everyone that a TSO at Richmond International made me throw out my high-quality Hot Topic bullet belt because apparently plastic bullets hot glued to a piece of canvas are simulated weapons.

That's the oldest trick in the TSA perv manual. He wanted to see your pants fall down.