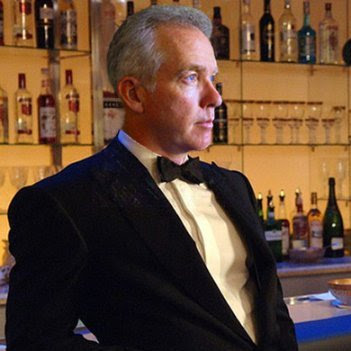 Alan Greenspan is still concentrating his killing spree in the sand states.

A horrified court room looked on today as a man who had just been convicted of burning down his $3.5 million mansion collapsed and died in front of them.

Michael Marin, 53, was found guilty of arson by a jury in Maricopa County Superior Court. He appeared shocked and closed his eyes as the verdict was read before appearing to put something in his mouth and wash it down with liquid in a plastic water bottle.

Prosecutors claimed Marin set fire to his house in desperation because he could no longer pay the mortgage.

Marin, a father of four and grandfather of two, attended Yale Law School. He was an ex-Wall Street trader who enjoyed collecting art including Picasso sketches and described himself as a 'careful thrill seeker' to the Phoenix New Times after scaling Mount Everest and trips into the jungles of south-east Asian [sic].

Jackass. I'd love to climb Mt. Everest but I've got the little problem of paying my f-ing bills. 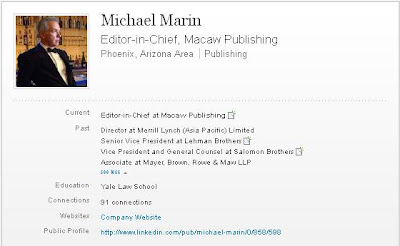 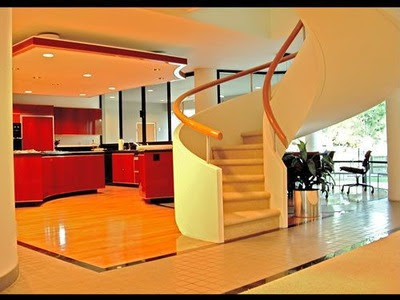 Marin added that "feeding the kitty month after month" — staggering $17,000-plus interest-only payments on the Biltmore home to private moneylenders, plus a mortgage at the Gilbert residence — was eating him alive financially.

And looming over Marin like an ugly storm cloud was a $2.3 million balloon mortgage payment on the Biltmore home, due in the coming month.

The Phoenix New Times story says the real sales price was $2.55 million, but it was inflated with some sketchy fake loan deal from a friend in order to inflate the appraisal price so he could get away with flipping it in a charity auction scam.

Takes one to know one: Marin self-published The Illustrated Field Guide to Morons.

This guy was looking at 16 years. Granted, with good behavior, he may have been out in 8 or 10 years. But then what? He'd be 63, no assets, no job prospects, nothing. When you're a Picasso-owning, ex Wall Street criminal, poverty (in your 60s, no less) is probably a fate worse than death.

Look at his Linked In photo. He clearly thought of himself as "Bond, James Bond".

What else would Bond do when caught?

This issue was brought up at a party last night. It is a remarkable story. The. Only thing missing is a suicide note with an Obama / Greenspan reference.

I guess we need to know what type of pill was used. It might be a good ObamaCare related investment due to "End of Life Consultations."

With almost 100% certainty, it was potassium cyanide. The face flushing, the quick mode of action, etc. It was likely placed in a gel-cap, which explains why he swallowed it and nothing happened for a couple minutes.

It's a quick, but extremely painful way to go out. And a large overdose is essentially untreatable, unlike, say... morphine or whatnot.

My most sincere condolences.

To all banksters, please do us a favor....follow his example!!

what on earth took the guy so long to figure out, what to do ?

You rich fuks should start enjoying all the benefits of poverty! Don't kill yourself......just wait until the BanCorpsters do it for you!! Why deny them their RIGHT to genocide??

DAM! One more that I will never be able to put in one of my luxurious cages in this f@ckin hot desert!! I would have done it for you, you moron! Why did you have to ruin my day????

This guy has obviously been spoiled all of his life. Although, he probably played tough guy to his peers really he was a huge pussy. Some say he was a bad ass for doing this. Wtf? He was selfish and scared. That's it. Michael Marin= punk bitch. RIP punk bitch.

next time use rubbing alcohol; leaves no traces: no gasoline or phone books; it leaves traces. do not use a ladder or scuba gear to escape a fire from your house; does not work during an arson investigation.

Obama Mortgage could had been an option?

Bunch of idiots here, including and especially the blogger. Greenspan was and is a Republican. Obama is a Democrat. And the two of them have saved idiots like all of you more money than you can count. (Yes, I know you don't have any money to begin with, being penniless hippies and all.)

Marin may have been a thief, but most of you are plain idiots.

Obama never saved ANYONE one dime.