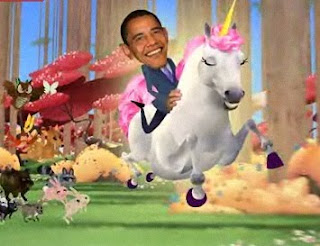 I did the extended version of the death of Berkeley's Daily Planet at Jr Deputy Accountant. Here's the short one.

First they got ripped off by a sketchy payroll company run by a bunch of right-wing nutjobs (?):

The Berkeley Daily Planet has discovered that the company that has prepared its payroll for eight years vanished from its Oakland office shortly after the first of this year, leaving behind a trail of unpaid taxes and embezzlement charges. The Planet is not the only victim of what looks like a major fraud and a possible Ponzi scheme worthy of Bernie Madoff—the company claimed that it had more than 100 clients. Most of them are small businesses or nonprofits, and it seems likely that most of them have been stung. The total take could be in the millions of dollars.

Clickbooks.com Inc. maintained a small dingy office in a warehouse on 98th Avenue. Clients who went there to pick up paychecks for their employees occasionally encountered founder Bill Norgren in the back room. His mother, Ellen Norgren, was a constant presence in the front—the Planet’s publisher saw her there not long ago reading right-wing political tracts and denouncing Obama’s health care plan.

Then they lost ad revenue and blamed it on the recession. They've now officially announced they'll be cutting down to "Online only". Daily Planet reporters did not comment on what was wrong with denouncing Obama's health care plan. (Can anyone answer that one for me? I'm confused)

"The only way to cut expenses further is to give up print publication for the moment," according to the O'Malleys" editorial. "We know that many if not most of our 40,000-plus faithful readers prefer paper, and frankly, we do too. But our central mission continues to be reporting the news, and new technology has made online news delivery very attractive."

It gets better, at least from a journalistic standpoint. Check out this sweet jiggling motion over Obama's Oslo speech in December:

If you’re smart enough to edit the Harvard Law Review, literate enough to write two very good books, clever enough to gain the Democratic Party’s nomination for president and wily enough to defeat the Republican nominee, then you’ll most certainly be able to obtain the assistance of the best and the brightest. Thus, it is no surprise that President Obama, in humbly accepting the Nobel Peace Prize, would deliver a speech that was magnificent in every way. It was erudite and didactic; it had depth and breath; it was a political masterstroke that at once quieted shrill prior criticisms, satisfied nervous supporters and disquieted unattached progressives like me.

Well of course they lost ad revenue. There is only one product I can think of that might want to advertise in a paper of that caliber, I need a tissue and want to cuddle after reading that garbage. Is it Alan Greenspan's fault the paper died?

I'm going to have to vote not totally but absolutely blame his easy money for having kept crap publications like that alive this long. RIP, Daily Planet, please take the LA Times with you.
By Jr Deputy Accountant - February 11, 2010

Where is the G damn California registry so I can put JDA on there as a threat to the Republic?!