It's the international socialist movement's own holiday today.  History here and here.

Those lovable lefties in San Francisco got an early start celebrating last night.


Many Communist and radical publications and entities throughout the 19th and 20th centuries had the name "Forward!" or its foreign cognates. Wikipedia has an entire section called "Forward (generic name of socialist publications)."

"The name Forward carries a special meaning in socialist political terminology. It has been frequently used as a name for socialist, communist and other left-wing newspapers and publications," the online encyclopedia explains.

The slogan "Forward!" reflected the conviction of European Marxists and radicals that their movements reflected the march of history, which would move forward past capitalism and into socialism and communism. 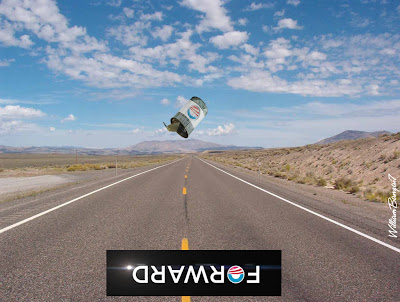