The one thing every unemployed person needs... 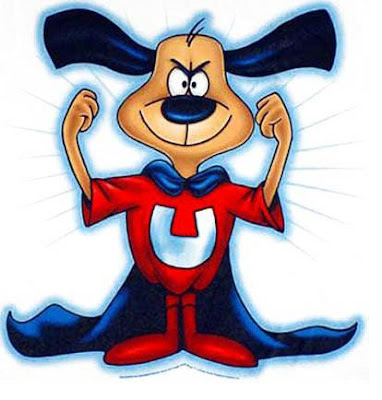 The campaign, revealed Saturday in a report in the Orlando Sentinel, was met with derision by many unemployed who questioned spending more than $14,200 on capes and $2,300 on foam cutouts of "Dr. Evil Unemployment." They said the campaign's tone risked minimizing the severity of the region's labor problems.

Hat tip to Jeff, who notes, "You can wear it to bars and pick up chicks, it has forward facing sleeves so it doubles as a Snuggie, it's made of special material that makes it a perfect Sham-Wow for your car, it has an optional shock corded frame that allows it to do double duty as a pup tent for impromptu camping under highway overpasses, it is flame retardant like children’s pajamas, the Unemployed Cape of Justice allows wearers to leap buildings in a single bound and stop speeding locomotives, a thousand and one uses..."

As you're pondering the campaign, note that

1) Workforce Central Florida gets millions of dollars in federal money, and

2) Obama and the Democrats couldn't find a single thing in a $3.5 trillion federal budget that they thought needed cutting.

It's not just the super-hero campaign. Imagine how much this regional employment office with a $23 million annual budget blew on this flash-intensive, cartoon- and video-loaded web site. Are cartoon flash animations really the best way to spend taxpayer money to get people employed?
By W.C. Varones - April 19, 2011

"A Florida unemployment agency that spent thousands of dollars on red capes to hand out to job seekers will stop the "admittedly out-of-the-box creative campaign," FoxNews.com has learned."

One day later, it was decided that it just wasn't an idea whose time had come? An egg that wasn't quite ready to be hatched.