The sun didn't make its promised appearance this afternoon; it remained gray and misty at the Jerry Garcia Amphitheatre in McLaren Park (Not familiar with it? That's because it's in the Excelsior district, where you'd never go unless you lived there).

Melvin Seals was awesome as expected. Here he accepts a Red Bull from a young fan: 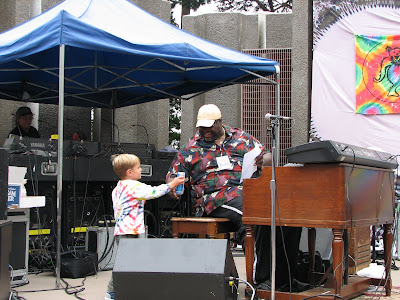 But the real surprise was this guy, Stu Allen from Kentucky, who not only plays like Jerry, but has Jerry's voice, too: 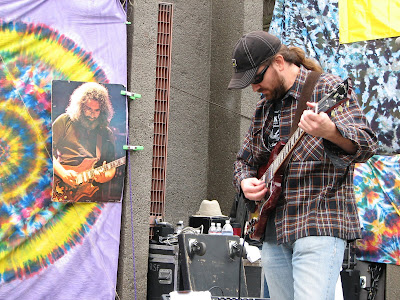 Allen's other band, Workingman's Ed, played the Dead reportoire before Melvin & JGB came on, and they were amazing. Close your eyes and you'll think you were transported back 15 years and at a Dead show.

I'm having trouble with my videos due to YouTube file size restrictions, but here's a short one of Melvin.
By W.C. Varones - August 05, 2007