ZeroHedge has a useful primer on gold full of facts and graphs like this: 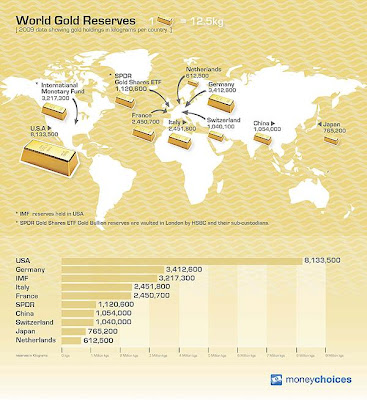 The U.S. has the world's largest gold reserves, if you believe all that gold is actually in the vault of the Federal Reserve Bank of New York. Some people like Ron Paul want to see proof. And some people like Ben Bernanke are acting very suspiciously and doing everything in their power to resist an audit, even going so far as to hire a former Enron lobbyist to bribe Congress (successfully) into gutting an audit.