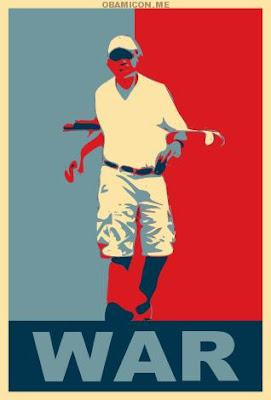 Did you expect anything else?

The clock is running out on President Barack Obama's military adventure in Libya. Today his campaign of pinprick air strikes and half-hearted support for the rebels will run smack into the War Powers Resolution. The law, passed in 1973, requires that the president withdraw U.S. forces from hostilities after 60 days unless he secures Congress's approval or a formal declaration of war.

When Mr. Obama first announced the Libyan intervention along with our NATO allies, he claimed constitutional authority as chief executive and commander in chief and said he was acting "consistent with" the War Powers Resolution. Congress has shown no interest in authorizing our limited military operations, nor has it provided any funding. At this point, if the president were to seek approval, Congress would likely refuse.

Remember when you learned in school about "checks and balances" in American government? Those don't apply anymore.
By W.C. Varones - May 20, 2011

Thank you for bringing this up...been off the radar and needs attention. Sharing

(now, off to go bake some cobbler)