It's been 9 months since our last Del Mar CRE update. Catching up, this one's a doozy. Some of the places will look familiar; that's because they are the same places that are still vacant more than a year after we first posted about them.

Remember Measure G, "The Garden," wherein Del Mar residents were asked to approve yet another strip mall? Well, here it is a year after voters approved it: 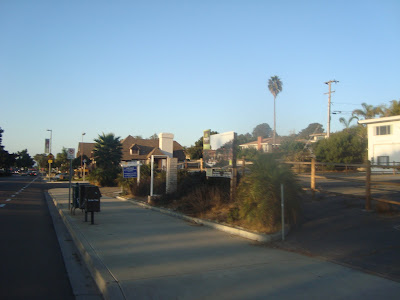 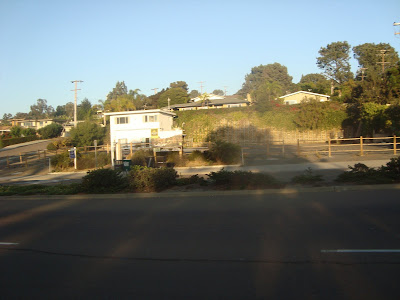 It turns out the developers didn't actually want to own another strip mall. They just wanted to build one and flip it to some greater fool. So now they are going to leave a vacant lot until someone pays them up front.

Which brings us to our next strip mall disaster, "4sale-lease.com," also known as 1201 Camino Del Mar. Remember this picture from October 2008? We commented on the open slots. 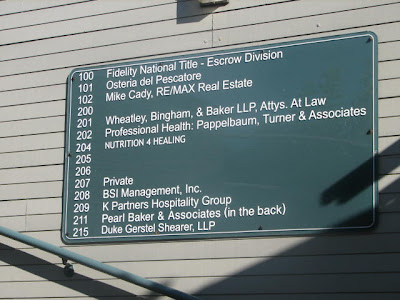 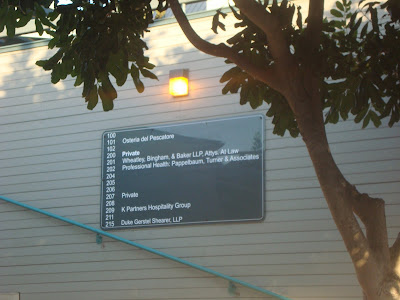 A look at the catchily-named 4sale-lease.com web site reveals the problem. They are trying to get $4.00 - $4.80 per square foot, when one mile east on High Bluff and El Camino Real there is brand new, Class A office space with much better freeway accessibility going in the $1s and $2s. 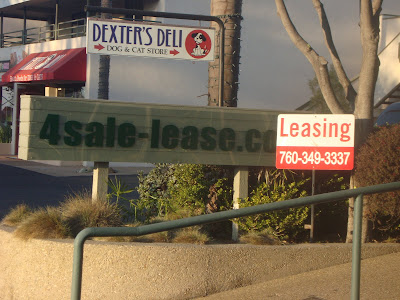 The owner just wants out. He'd love to sell the property, even carry the note, even just sell you the building and lease you the land. I've got a better idea, Bozo. Why don't you cut your asking price to the market rate and fill it up first? 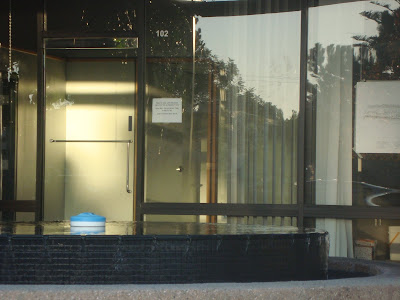 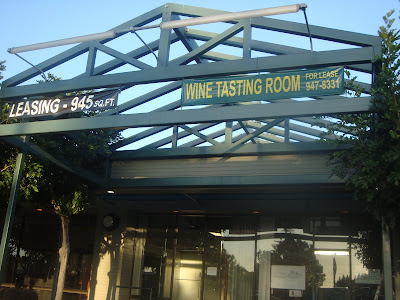 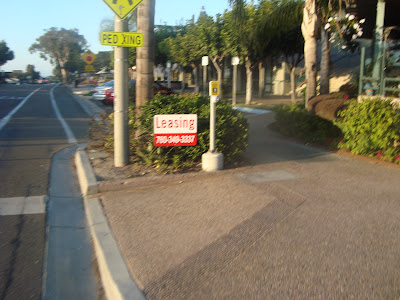 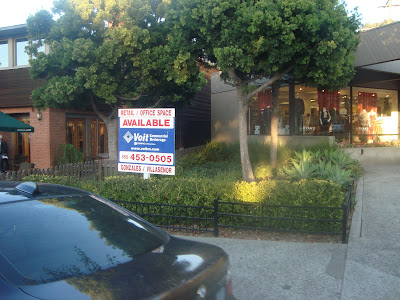 This is the English phone booth store next to Starbucks. 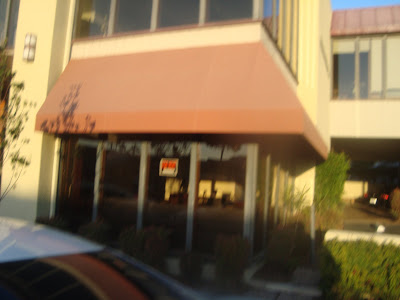 When you move in fast circles, you're bound to get some blurry shots. 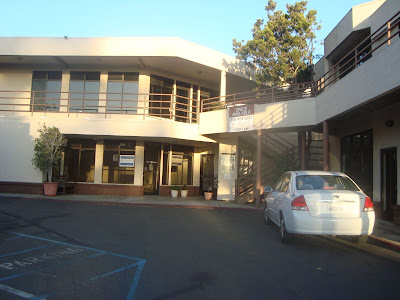 This was Lululemon and an office. 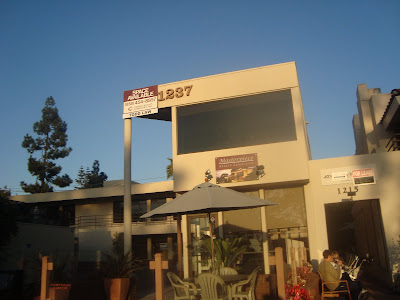 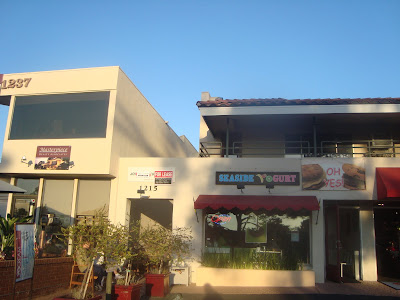 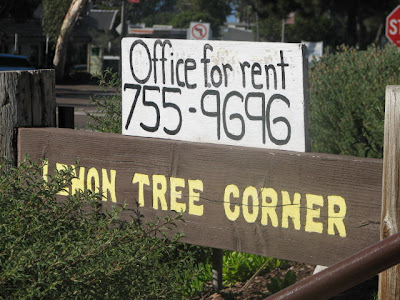 And this sign from our October 2008 update is still there. Good thing they used all-weather paint and varnish! 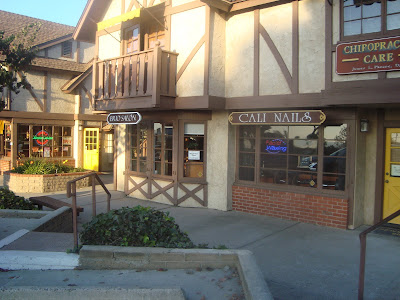 Same booth still for rent. Know any lap-dancers who are looking? 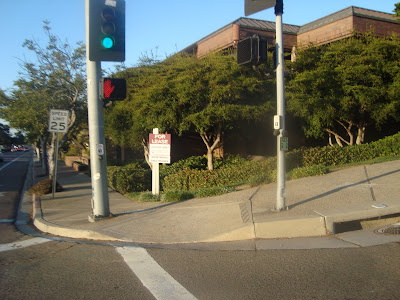 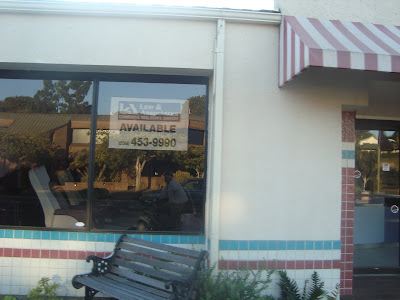 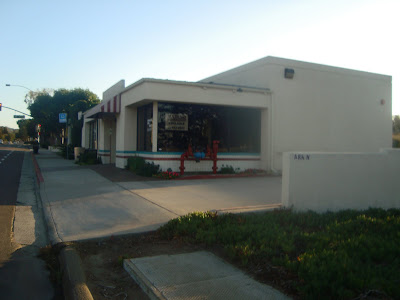 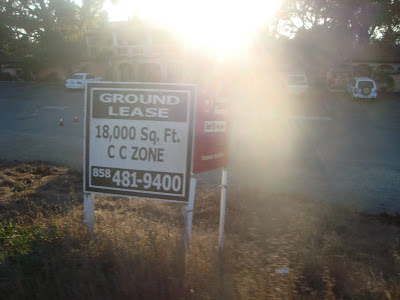 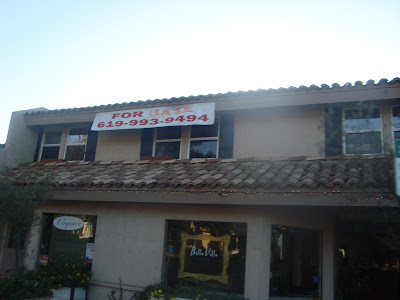 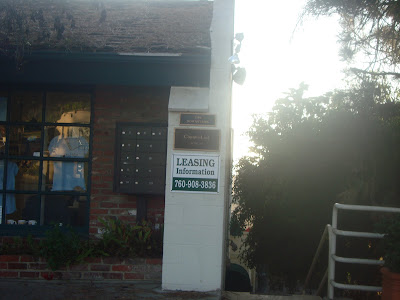 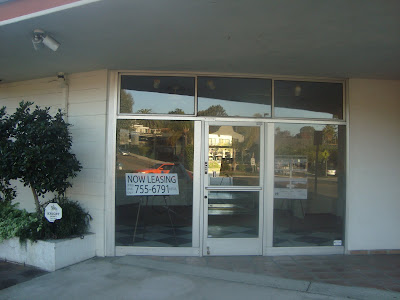 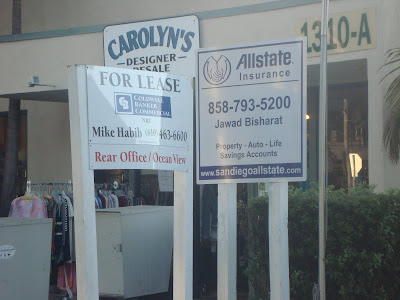 And now we get to Del Mar Plaza. I didn't have time to go into the plaza (and there's that restraining order thing); the following pics are just the vacant stores on the ground level along Camino Del Mar. 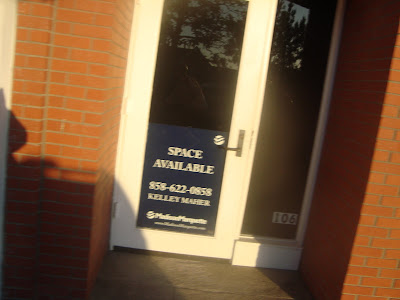 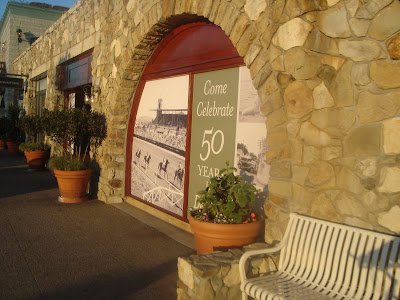 Remember the Plaza's trick about painting over the windows to make it look like there's not really a vacant store there? It's back. This was the Medici Gallery, which sold art and furniture from estates. 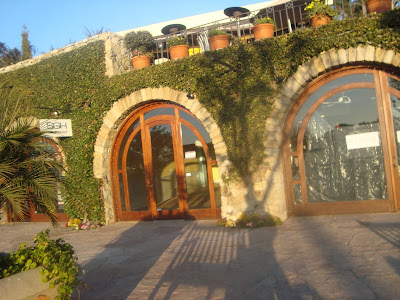 The one on the left was a swimwear or sunglass shop that has moved upstairs (cheaper rent?). The one on the right was Java Kai, a poorly managed coffee shop. Signs indicate it's going to be some new cafe. 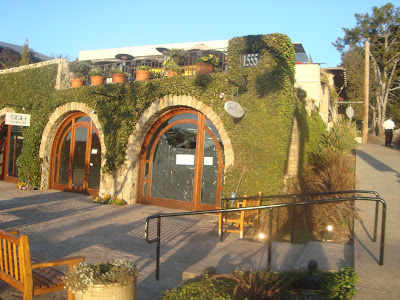 To top off this update, let's turn away from commercial and have a look at a Del Mar residential monstrosity. Some idiot bought the property at 155 27th Street (as a vacant lot or as a tear-down; I'm not sure which) for $2.75 million in 2005. They decided that what would fit right in at a Southern California beach was a house that looked like a Christmas-tree-themed church. 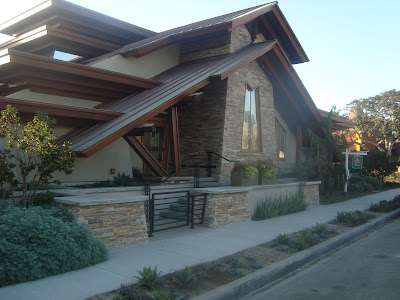 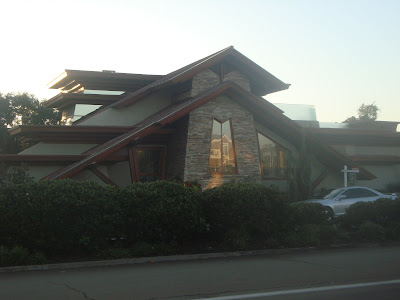 i'm gonna make my own blog