Last night brought us to the Brassica Supperclub in San Francisco, "an underground dining experience." We had e-mailed for reservations a few weeks ahead, and received the directions to the top secret location and a password for admission. 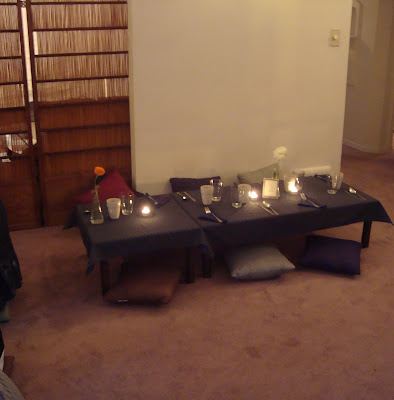 The three-person operation was amazing. Twenty guests sat on pillows around a converted living room and received four incredible courses. The menu was built around the best and most interesting produce available in local farmers' markets this season. 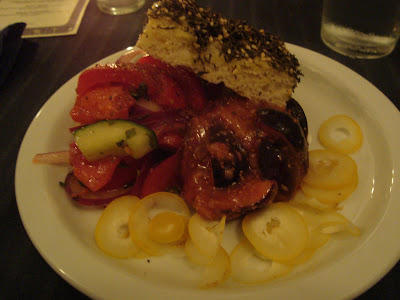 First up was Za'atar Flatbread served with fresh dates, black mission fig chutney, and dry-farmed tomato and cucumber salad. I had never heard of eating fresh (i.e. non-raisined) dates, and they were delicious. Za'atar is an ancient Middle Eastern blend of herbs, and it was delicious on the flatbread. 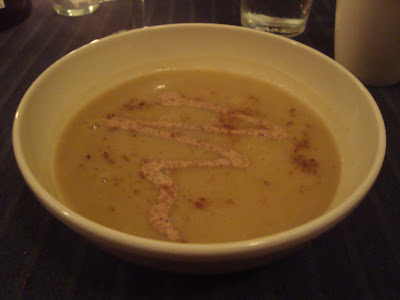 Next up was the grilled eggplant and chickpea puree with toasted cumin and tahini-sumac cream. That was my favorite of the evening, but I'm a sucker for soup. I hope this review persuades the chefs to send me the recipe! 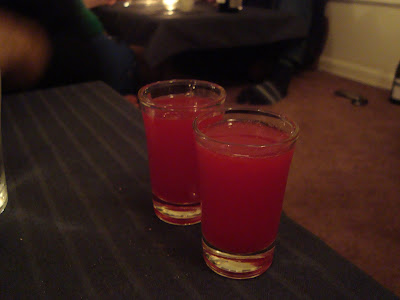 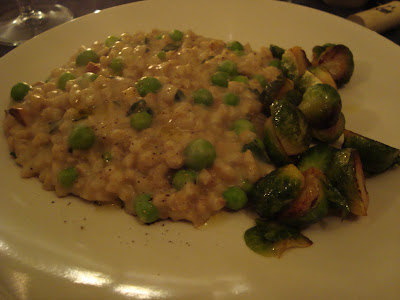 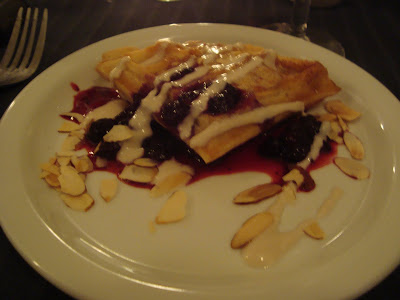 Finally, dessert was a Belgian Stroopwafel with toasted almond and caramel filling, huckleberry sauce, and almond anglaise. It was a perfect finale.

Did you happen to notice that everything above was amazingly vegan? Most of our group were carnivores, and even they were highly impressed and fully sated.

The chefs, former cooks at Millenium, San Francisco's finest vegan restaurant, hope to open an on-the-grid restaurant soon. I'd suggest getting to Brassica before they do.
By W.C. Varones - September 13, 2009