Buchanan Ponders US Debt's End Game, As We All Should.

Pat Buchanan, the sometimes hard-to-figure Hamiltonian, lays out some straight-forward questions about America's budget decisions, debt, deficit, and the various political implications of certain decisions regarding each. He suggests Obama's caught between a rock and a hard place. I've been trying to imagine our debt's end game, myself. I don't think it'll be pretty.

[snip] With that share of the U.S. national debt held by individuals, corporations, pension funds and foreign governments having risen in 2009 from 41 percent to 53 percent of GDP, Penner and Walker believe it imperative to get the deficit under control. Unfortunately, it is not possible to see how, politically, this can be done.

Consider. The five largest elements in the budget are Social Security, Medicare, Medicaid, defense and interest on the debt.

[snip] The Party of Government is not going to cut health benefits for its most loyal supporters. Indeed, federal costs may rise as state governments, constitutionally required to balance their budgets, cut social benefits and beg the feds to pick up the slack.

[snip] Is this Democratic Congress, which increased the budgets of all the departments by an average of 10 percent, going to take a knife to federal agencies or federal salaries, when federal bureaucrats and beneficiaries of federal programs are the most reliable voting blocs in their coalition?

[snip] How does one stop the exploding national debt from surging above 100 percent of GDP?

America is the oldest and greatest constitutional republic, the model for all the others. But if our elected politicians are incapable of imposing the sacrifices needed to pull the nation back from the brink of a devaluation or default, is democratic capitalism truly, as Francis Fukuyama told us just two decades ago, the future of mankind?

What the looming fiscal crisis of this country portends is nothing less than a test of whether this democratic republic is sustainable. 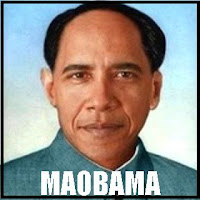 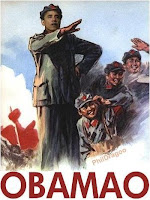