Prop 8 supporters get their panties in a bunch 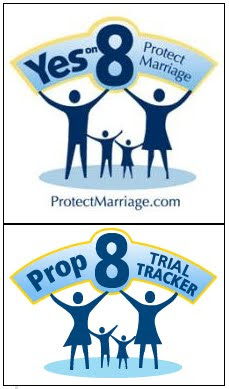 This is my fear. The election of Brown in Mass will not be a vote for liberty but instead a vote for theology and mythology. "The population has spoken! And they've said no to same-sex marriage and evolution." WHAT?! NOOOOOOOOOO!!!!

It's just in my nightmares now. Hopefully won't be a reality.

Back to the imaginary bogey-man of a theological state lurking around the corner; maybe it will come goose-stepping down the street with the ghost of Harry Truman leading the crusade shouting "We're gonna get that heretic, HL Mencken, after all these years."

Gay marriage doesn't have popular support; not in CA, not anywhere. It will, over a couple more decades, but if it enacted through the courts, over the clear wishes of the public, it will be a simmering and divisive issue for a very long time to come.

There is nothing the gay marriage advocates will not do to get their way: judge-shopping, legal technicalities, appeals to the federal government, etc. If they lose in one direction, they change their arguments and try another; another interest group gaming the courts to get done by legal fiat what they already know would be a dead issue with the electorate. They may even have a case, but their methodology is a double-edged sword, and when the legal system begins to supplant the ballot system, that same road can be used to deliver all matter of pernicious men and their bad ideas.

At some point, you drop the urge to compel someone to change their mind and begin to persuade them to do so; it takes more time and effort, but the results are surer and last longer.

not even on my radar

having been married for 21 years my thought is "hey, it's a free country. want to sign up for that misery? who am I to stop you?"

...and why would I really care one way or the other? I mean the vast majority of people in the country are not gay so if a few gay people want to have a go at it, wtf? makes for more job openings in the "family law" segment of the legal profession for the eventual divorces.

disclosure: I'm a pretty conservative person in my own practices. Just don't give a shit and have other fish to fry. the funniest frickin' show on t.v. right now (other than Family Guy) is that Modern Family show (imho)
- I love that "Cam" character.
Jeff