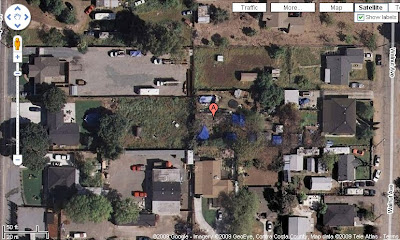 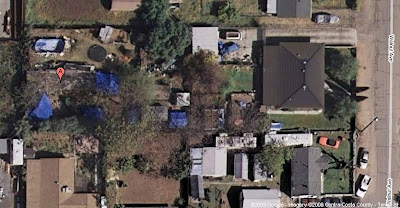 This guy's lawyer is going to have a hell of a statute of limitations argument. I don't know what they can charge him with. The kidnapping was 18 years ago and recently there was no statutory rape or, apparently, false imprisonment, as she seems to have been living there voluntarily and interacting with the locals.

UPDATE: Thanks for this tip, Matt. Watch the van pull out of the driveway and follow the Google Street View camera: