No on Prop D kickoff

There were well over 100 people at Coles Fine Flooring tonight to kick off the No on Prop D campaign. Led by rising fiscal conservative star Carl DeMaio, the campaign appears to have the energy and momentum necessary to beat back the Proposition D Union Pension Tax. 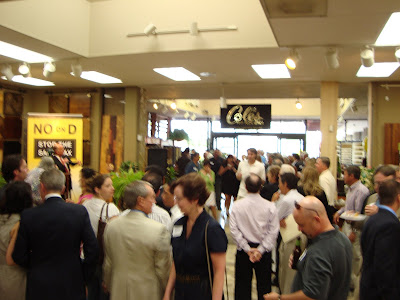 Not that I should care. I don't live in the city, and if the union scum pass the sales tax increase, I'll stop shopping in the city. But sometimes you have to devote your energies to the greater good. And if there was ever a time to push for pension reform instead of tax increases, it's now.

Thank you for covering this! I have family in town and could not get away. Funny how it seems the folks fighting hardest for NO ON D are those who don't live in SD. Sharing.