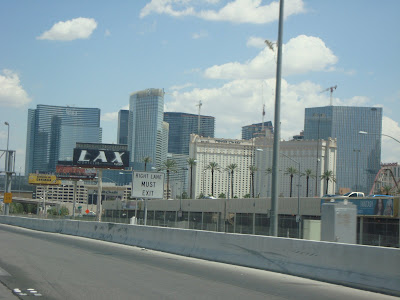 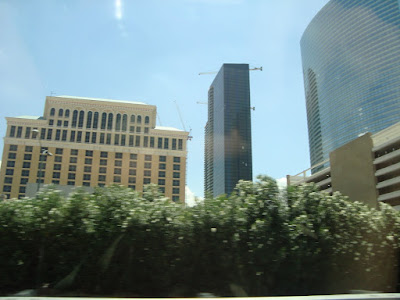 ... as it does its other neighbor, the Bellagio. 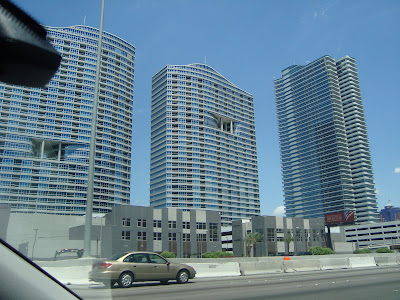 On the other side of the freeway, the giant Panorama Towers, where morons paid high-six and low-seven figures for condos that are now renting to strippers for under $2000. Can you say "excess capacity?" 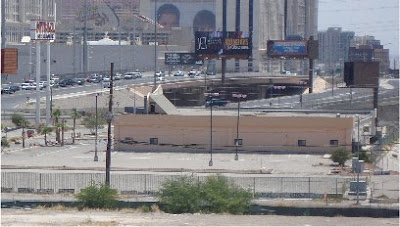 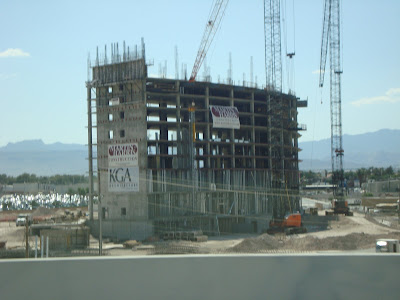 ... but hope springs eternal for some developers. 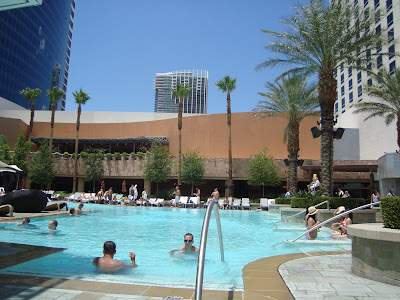 The pool at the Palms. The tower in the background is Palms Place, which was supposed to be luxury condos from $500,000 to $7 million. But they didn't get them sold before Las Vegas ran out of idiots, so they turned it into more hotel rooms (much like City Center's Vdara in the first photo). Because if there's anything Vegas needs more of, it's hotel rooms. 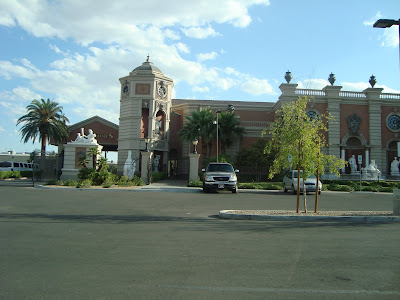 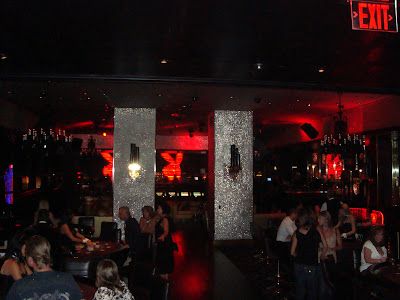 The Playboy Club at the Palms, which still pretends to be "exclusive," but how exclusive can a place be if W.C. Varones gets in?
By W.C. Varones - June 21, 2009